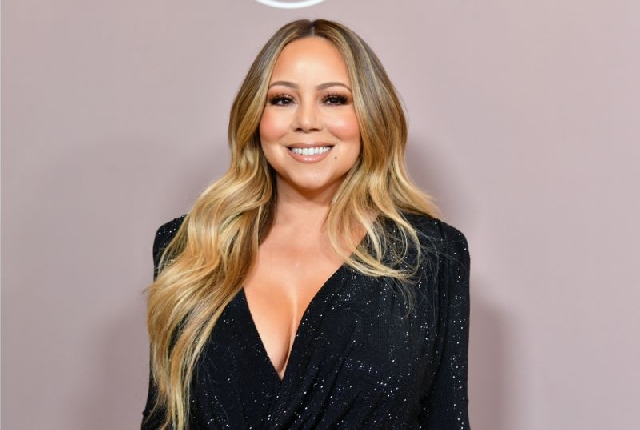 For years, Mariah Carey’s siblings have been trashing her in the press, so she gets to have her say in her new memoir.

In The Meaning of Mariah Carey, out now, the famous songstress details her troubled childhood and sheds light on the bitterness between herself and her “ex-” older siblings, Morgan and Alison Carey. She claims Morgan, 60, was very violent, once hurling their mother, Patricia Carey, into a wall, knocking her out cold, and was put in a children’s psychiatric center for “seriously emotionally troubled children.” The bad blood with Alison, 58, ran deeper with Mariah claiming she “tried to sell me out to a pimp” when she was 12.

Mariah, 50, paints a sad saga about Alison, who became pregnant at 15 and had the baby against mom Patricia’s advice. She writes about being 7 and attending the most awkward baby/wedding shower ever for her sibling, who then moved to the Philippines to marry her baby daddy, a 19-year-old serviceman. Just a few years later, Alison, 20, returned to their native Long Island, N.Y., and was in a bad way.

“Whatever had happened to her over there, or on Long Island, or in a back room somewhere, had taken its toll on her,” Mariah wrote. “Something, or many things, must have happened to her to lead her to barter her body for money and drugs, as she went on to do for years.”

Mariah wrote that their parents split when she was 3 and she lived with their mother while Alison moved in with their dad, Alfred — and there wasn’t loving interaction between the siblings. But when Alison returned, she showed an interest in Mariah for the first time. She said Alison began luring her — doing things like secretly getting the then 12-year-old her own phone line, unbeknownst to their mom. The Careys were poor, so Mariah was quickly won over. Alison was living with a new “boyfriend” — who Mariah later learned was a pimp — and invited her sister to the nice house where she was allowed to watch as much TV as she wanted and snack on all the foods her mom couldn’t afford.

Mariah was told to tell nobody that she visited — or that Alison and “boyfriend” John would take her to Manhattan, or to eat at IHOP, and giving her attention she craved. But Mariah soon learned it was “manipulation masquerading in love.”

“Now, of course, it’s clear to me that the fun house was a whorehouse. I think my sister was kind of like the hustler, the talent scout,” Mariah wrote. “I had no idea; after all, I was a 12-year-old girl.”

She said things quickly spun out of control. First, her sister started calling at all hours in “desperate bouts of drug-induced hysteria.” Worse, one day Alison and John were supposed to pick her up, but he came solo — and had a gun on his lap, placed so Mariah could see it.

First, John took Mariah to some seedy card playing venue, where adult men, the only ones there, leered at her and made lewd references. The next stop was a drive-in movie, where he immediately “put his arm around me,” she recalled. “My body went stiff. My eyes were fixed on his gun. [He] pushed in closer and forced a hard kiss on me. I was nauseous and scared; I felt immobilized.”

Luckily she was saved. An elderly man, who she calls “a prayer in person,” pulled in next to them and gawked at the mismatched pairing of the older man and child kissing.

“Even if he didn’t detect my distress, he could see this was no place a little girl would ever want to be,” Mariah wrote of her angel. John started the car and drove Mariah home in silence. She unplugged the phone Alison installed for her after that.

“Big sisters are supposed to protect you — not pimp you out,” Mariah wrote.

Mariah shared other upsetting stories about Alison — like the time she claimed her sister “handed me a little chalky ice-blue pill” with the direction to “take this.” Within minutes, Mariah “was in a scary darkness” and “couldn’t pull myself out… At 12, I probably weighed 80 pounds soaking wet and Alison gave me a whole Valium. I don’t know why my sister drugged me.”

There was also the time Alison was dropping her off outside their mom’s home and pulled out “white crystal powder and held it up to my face, saying, ‘Just try it.’” Mariah wrote she “knew it was cocaine” and “it scared me to death.” She declined, writing, “I don’t know what would’ve happened if I snorted cocaine right before seeing my mother, or ever in my life,” saying it would have impeded her path to stardom.

Another scary incident Mariah recounted was while they were having tea with their mom. Their dad called, upset with his daughters about something, and wanted to speak to them. Mariah tried to pass the call off to her sister because she was scared of their dad. While it started off as funny, she claims Alison turned.

“She was looking down at her mug of still-steaming tea … and when she lifted her face, her eyes were rabid, without a trace of their former playfulness,” Mariah recalled. “Before I realized what was happening … [she] threw the boiling hot tea on me.”

Mariah blacked out from the pain, coming to in a doctor’s office having suffered third-degree burns on her back. She recalled the doctor, who had to slice off her shirt, removing pieces of the fabric “embedded into the flesh of my shoulder” with tweezers.

Mariah said her back was numb after and she “couldn’t be touched” without it causing “excruciating pain.” She said it was “years before I could accept a simple pat on the back, as most of my skin had to completely renew and repair itself.” However, the “deepest injury” was the “emotional trauma.”

In reflecting on the fractured relationship, Mariah called Alison “the most brilliant and broken person I have ever known. I may never understand what hurt her so badly that it made her hurt so many others in return, but to me, she was her own most permanently damaged victim.”

Mariah said she tried to help Alison many times, financing treatments and paying for rehabs. However, in return, Alison has made her the target for which to take out “her enduring pain,” with Mariah writing that “through the years, both my sister and brother have put me on the chopping block, sold lies to any gossip rag or trashy website that would buy or listen.”

In 2016, Alison — who is HIV-positive — was arrested on a prostitution charge in Saugerties, N.Y. Just prior, she used a tabloid as a forum to publicly beg Mariah for money for health expenses following a home invasion attack that left her brain damaged. The following year, Alison was sued for millions after allegedly hitting a man with her car and nearly killing him.

In August, Alison filed her own lawsuit against their mom, Patrica, for alleged sexual abuse. She claims Patricia forced her to perform sex acts on strangers when she was 10.