MASLOC not being used for politics; nobody asks applicants for party card – GA/R Manager 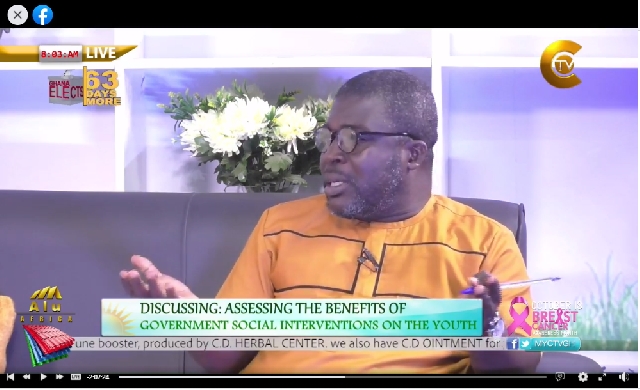 The current management of the Microfinance and Small Loans Centre (MASLOC) does not in any way used the facility for politics, Mr Dennis Okyere Danso, Greater Accra Regional Manager of the Centre has told CTV.

“We are not using MASLOC for politics”, he told Anopa Dwabre Mu on Monday, 5 October 2020.

“We don’t demand political party ID card from applicants”, he denied, following allegations to that effect made by some callers into the programme’s Pae Mu Ka segment.

“If it were a political thing, then all applications will come directly to me first, as the political head of the institution because I am in a better position to tell who are not members of the NPP but that is not the case”, he told Animonyam Okyere.

“But this is the case that the staff I inherited are the ones fronting and processing of every application.

“I am just at the background”, Mr Okyere Danso said.

According to him, “maybe, they [callers] are talking about something that persisted in the past but that is not the case under this current MASLOC management”.

“All you have to do is to bring your application”, he added.

Over the years, MASLOC said has modestly established itself not only as a microfinance institution that disburses micro and small loans to the identified poor in the various sectors of the Ghanaian economy, but also provides business advisory services, training and capacity-building for small and medium scale enterprises (SMEs) as well as collaborating institutions, to provide them with the required skills and knowledge in managing their businesses efficiently and effectively.

It was set up under President John Agyekum Kufuor.