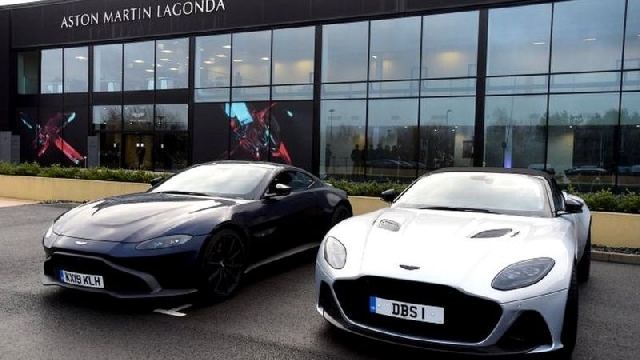 Germany’s Mercedes-Benz is to raise its stake in Aston Martin Lagonda as part of the UK carmaker’s recovery plan.

Aston Martin, which has haemorrhaged cash since a disastrous stock market flotation, said Mercedes will increase its holding “in stages” from 5% to 20%.

The announcement, made after the London stock market closed, called the deal a “strategic technology agreement”.

It comes months after Formula One team owner Lawrence Stroll took a majority stake in the British luxury marque.

The deal will give Aston Martin, whose profitability over the decades has never matched its status as one of Britain’s premier brands, access to Mercedes’ electric car technology.

Mercedes first teamed up with Aston Martin in 2013, taking a 5% stake in a deal that saw the two companies work on engine development.

Aston Martin, popularly known as James Bond’s favourite car company, has plans to grow sales to about 10,000 by 2025, up from 5,862 vehicles sold last year.

The company also said on Tuesday that it had a long-term strategy to increase its revenues to £2bn and attain earnings of about £500m in five years’ time.

Mr Stroll, a Canadian billionaire and executive chairman of Aston Martin, said: “This is a transformational moment for Aston Martin. It is the result of six months of enormous effort to position the company for success to capture the huge and exciting opportunity ahead of us.”

Wolf-Dieter Kurz, head of product strategy at Mercedes-Benz Cars, said: “With this new expanded partnership, we will be able to provide Aston Martin with access to new cutting-edge powertrain and software technologies and components, including next generation hybrid and electric drive systems.”

The first stage of the investment deal will see Mercedes increase its stake to 11.8% as part of a £140m share issue.

Aston Martin’s shares have crashed since the company was floated on the London stock market in 2018 at £19 each. By the time chief executive Andy Palmer was eased out in May, the price was down 94% as investors bailed on fears over falling sales and rising costs.

Separately on Tuesday, Aston Martin posted a £29m pre-tax loss for the third quarter, down from a £43m profit in the same period last year.

Ghana’s bauxite’ll benefit all; won’t be owned by one person – Akufo-Addo

Ghana regains lustre for investors ahead of Dec. 7 election despite debt woes