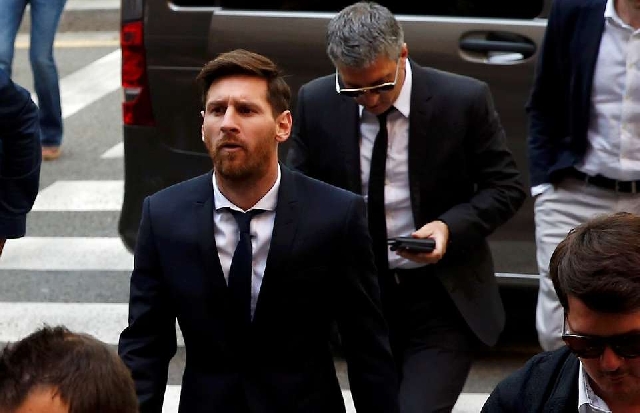 Lionel Messi’s father and agent, Jorge Messi, landed in Barcelona on Wednesday morning after flying in overnight from Rosario, Argentina.

It comes amid multiple reports in Spanish and British media that Messi’s father is set to meet with the club’s board this week to discuss his son’s future.

A club source has told CNN that there has been no confirmation of said meeting. The source spoke on the condition of anonymity, in keeping with the club’s rules about official statements to the media.

The 33-year-old Argentine forward failed to show up for a coronavirus test at Barcelona’s training ground on Sunday and subsequently did not attend pre-season training on Monday or Tuesday.

According to multiple reports, Messi believes he has a clause in his contract which allows him to leave Barcelona for free this summer. Reportedly, the clause expired on 10 June 2020, but Messi and his representatives believe he still has the right to activate it now due to the season being extended because of the pandemic.

However, Barcelona insist that he must see out his contract — valid until 30 June 2021 — unless a release clause is paid, believed to be 700 million euros ($833 million).