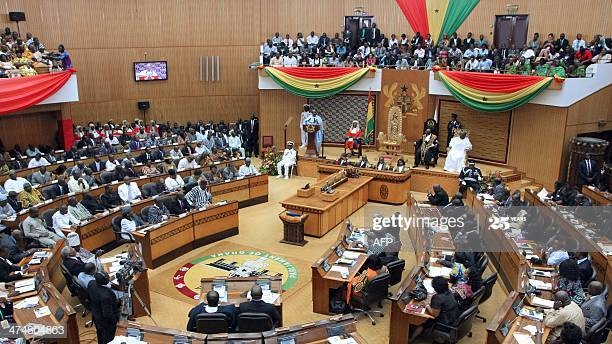 The Minister for the Interior, Mr Ambrose Dery, has announced that 200 police guards will be added to the parliamentary protection unit as part of measures to enhance security for the lawmakers.

According to the Minister, the 200 additional police personnel will augment the parliamentary protection unit to a divisional police command.

Mr Dery was speaking to the parliamentary press corps on Tuesday, 13 October 2020, after appearing in parliament following his summoning by Speaker Prof Aaron Mike Oquaye in the aftermath of the killing of Mfantseman MP Ekow Hayford by alleged armed robbers on Friday.

He emphasised that the security of members of the house has always been a priority to the Ministry.

“I want you to note that security for parliamentarians has always been the principle.

“From 1992, we had the parliamentary protection unit of the police established here. What has remained over the years is the extent to which the security has been provided.

“So, I want you to understand that the protection of Members of Parliament is part of the general national security architecture, which, first of all, is being taken care of by a number of strategies that have been put in place,” Mr Dery noted.

“However, the truth of the matter on the ground is that, so far, the extent has been limited. First, the precinct of parliament is protected by security; the police, and, so, that gives to what I was talking about but when we leave here, there’s no protection for us.

“When you look at those categories of persons who are provided, first bodyguards, second residential protection by the police for day and night, they fall into that group that we deal with under Article 71.

“So, the security is certainly part of those facilities that should be available to Members of Parliament”, he told the house.

“We have more security personnel available, so, what we have proposed is that between now and the end of the year, we’re going to provide additional 200 police personnel to be part of the parliamentary protection unit, making it, therefore, attain the status of a divisional police command that will take care of Members of Parliament as bodyguards”.

He further revealed that 800 more security personnel will be added to ensure adequate security for members as it is done for judges and ministers.

“But, ideally, to get to where we should get to, subsequently we should have 800 police added so that each member of parliament will also have security at home in the day and night.”

He added that the number of security personnel needs to be increased due to the sensitive nature of the job of a parliamentarian.

“But we have to move it further because you do know that just like the judges are exposed because they take decisions that affect people adversely, the MPs are even worse because how many of you know the judges each day, but here, our sittings are telecast live.”