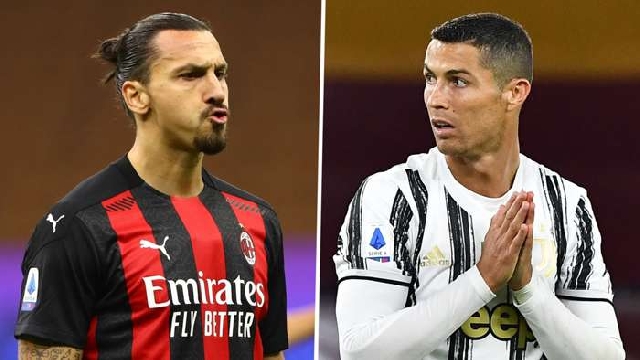 The Swede continues to rub some people up the wrong way with his egotistical public persona, but the 39-year-old’s performances command respect

After Romelu Lukaku sealed a 4-2 victory for Inter in February’s Milan derby, the Belgian striker declared: “There’s a new king in town.”

Zlatan Ibrahimovic bided his time before finally finding himself in in the perfect position to reply last Saturday week.

“Milano never had a king,” the Swede argued after netting both goals in AC Milan‘s 2-1 win over Inter at San Siro, “they have a GOD.”

It was a bombastic statement entirely in keeping with Ibrahimovic’s public persona – but it is easy to understand why the forward has a ‘Messiah Complex’.

He cast himself as a saviour when he returned to San Siro in January, and has been performing miracles ever since. At 39 years of age, he has emerged as the most influential character in Serie A.

“It is no coincidence that many young players have grown exponentially since his arrival.”

And Zaccheroni is right. It is hardly Ronaldo’s fault that he has not had as big a sporting impact on Juventus, of course. He joined a team that had already won seven successive Serie A titles; two more Scudetti were considered a formality.

Ibra has yet to win a trophy in his second stint at Milan but has had a transformative effect on an entire club; one that has not participated in the Champions League since 2014.

And while his numbers are impressive (12 goals and five assists in Serie A in 2020), it is his influence on the dressing that has been truly incredible.

Milan have the youngest squad in Europe’s ‘Big Five’ leagues – Ibrahimovic’s experience has, thus, proven invaluable. Team-mates have been lining up to praise the striker for the way in which he leads by example in each and every training session.

Fabio Capello, though, is not in the least bit surprised that Ibrahimovic is still playing at 100 per cent.

“Zlatan is a particular player,” the former Milan and Juve coach told Gazzetta dello Sport last week. “He unites an elevated level of professionalism with a larger-than-life personality.

“He manages to be decisive even at 39 because he doesn’t play to participate; he plays to win. A champion like him is a driving force for the entire group.

“The youngest players at Milan see Ibra working at the maximum in training and they think: if someone like him works so hard during the week, we cannot hold back.”

Still, to solely credit Ibrahimovic with responsibility for the Rossoneri’s resurgence would do a great disservice to countless others at a club where everyone is pulling in the same direction for the first time in years.

When Marco Giampaolo was sacked last October, Milan were a mess, 13th in the Serie A standings, with their entire project in serious danger of total collapse – again.

CEO Ivan Gazidis began thinking about entrusting almost sole control of the sporting side of the club to Ralf Rangnick, the mastermind behind Red Bull’s footballing empire.

Stefano Pioli was, thus, considered nothing more than a stop-gap solution; a safe pair of hands tasked only with restoring stability before the German’s belated arrival for the start of the 2020-21 season.

A journeyman coach with a quiet, unassuming demeanour and a modest record, Pioli was christened ‘The Normal One’. But as the Gazzetta asked after the derby win, “Are we really sure that he’s the Normal One?”

Not really, not anymore.

Pioli may be a genuinely nice guy, humble, dignified and down to earth, but what he is doing is truly special. Ahead of Monday’s game against Roma, Milan are the only side left in this season’s ‘Big Five’ leagues with a 100 per cent record.

But the Rossoneri’s remarkable run stretches far further back than September. Their form since the coronavirus-enforced suspension of play in March is astounding. Since the Serie A restart, Milan have played 16 games, winning 13 and drawing the other three. No team in the ‘Big Five’ is on a longer undefeated streak.

In addition, Milan have now scored in 24 Serie A matches in a row for the first time since 1973, while it has been 56 years since they last scored two or more goals in 10 successive games.

Ibrahimovic has been crucial, of course, adding a whole new dimension to the attack. As coaching icon Arrigo Sacchi pointed out, when Milan were under pressure against Inter, they were able to just launch the ball forward to their centre-forward, knowing full well that he had the measure of every single Nerazzurri defender.

However, Pioli’s masterful decision to redeploy Hakan Calhanoglu as a trequartista in a 4-2-3-1 formation has turned a previously inconsistent talent into one of the most effective attackers in Europe over the past four months.

The Turkey international is not the only player to have benefitted enormously from Pioli’s appointment either; Franck Kessie is finally fulfilling his enormous potential, having formed a formidable midfield partnership with the classy Ismael Bennacer.

The pair are playing so well, in fact, that summer signing Sandro Tonali – one of the most exciting young talents in Italian football – is having to regularly make do with a seat on the bench, which also serves to underline the strength of this Milan side.

Indeed, they are presently defending as well as they attack, conceding just once in four games so far this season. Captain Alessio Romagnoli has been a colossus at the back, but Simon Kjaer’s contribution cannot be overstated.

The well-travelled Dane arrived alongside Ibrahimovic during the winter window – the kind of inspired low-cost signings that sporting director Paolo Maldini is starting to specialise in – and immediately helped shore up the defence.

“I think it all changed in January,” Pioli admitted after the derby, “when we brought in players who were more suited to our style of football and filled the gaps that we had in the squad.”

A top-four finish is now a realistic target. Ibrahimovic is even engaging in title talk, which is hardly surprising, of course: he says they would have won last season’s Scudetto if he has arrived at the start of the campaign rather than halfway through it.

Pioli, though, is wisely playing down their title prospects at such an early stage of the season, arguing, “There are currently four or five teams in Serie A that are stronger than us on paper.”

On the pitch, though, there are few teams in better form in Europe – let alone Italy.

Ibrahimovic may not really be a God, but he and Pioli are proving a match made in heaven at Milan.