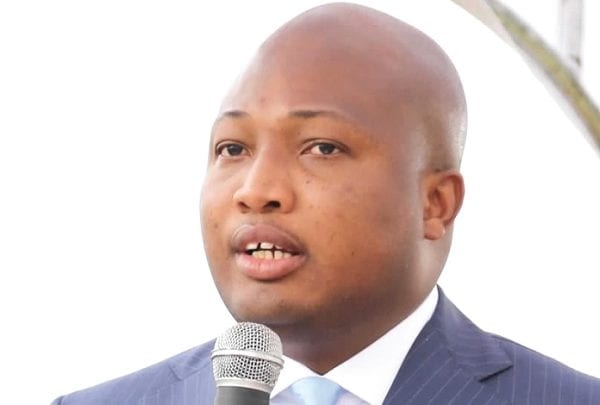 The Volta Caucus of the Minority in Parliament has toured parts of the Volta Region that came under attack from secessionist groups in the area.

Led by North Tongu MP Mr Samuel Okudzeto Ablakwa, the Caucus visited the areas that experienced the attacks including the STC yard.

They also paid a visit to the family who lost their loved one in the crossfire that ensued between the secessionists and the security personnel on Friday, 25 September 2020.

The secessionist groups insist the region is independent Western Togoland.

Meanwhile, the Dean of Academic Affairs at the Ghana Armed Forces Command and Staff College (GAFCSC), Dr Vladimir Antwi-Danso, has said there is no clause in the agreement signed between the then-Gold Coast and the French Togoland for the latter to break away from Ghana after 50 years despite agreeing through a plebiscite to become part of independent Gold Coast in 1956.

His comment comes in the wake of recent militia attacks by secessionist groups such as Western Togoland Restoration Front; and Home Study Group Foundation (HSGF), among others, in the Volta Region.

The Togolanders, through the violent insurgence of their separatist groups, have intensified their call for independence.

Last week, members of HSGF blocked roads leading to the region, hoisted their flags, captured three police officers and exchanged gunfire with security agencies as parts of agitation for their independence.

In the early hours of Tuesday, 29 September 2020, a sister separatist group attacked the STC yard in Ho and burnt two of their buses.

The narrative has been that the French Togoland could break away from Ghana after 50 years of independence, according to a treaty they signed with the League of Nations and the Gold Coast ahead of independence.

But reacting to this development, Dr Antwi-Danso noted on the Executive Breakfast Show (EBS) on Class91.3FM on Tuesday, 29 September 2020 that the history has been distorted.

According to him, no part of the treaty talks about the French Togoland breaking away from Ghana after 50 years.

He further told show host Abdul Karim Ibrahim that the narrative that all Ewes want to secede was also false.

“Unknown to many of us, check the then-map before the plebiscite, the Tongu area and the Anlo area all the way to Peki was in Gold Coast already.

“It is being made as if all our brothers and sisters in Ewe land want some kind of secession and that all Ewe land was part of the Trans Volta Togoland. That’s false.

“If you check the map, you’ll see that Keta and others were all part of Gold Coast already, so, they didn’t take part in the plebiscite,” Dr Antwi-Danso stated.

He continued: “The second one is that there is a clause in the agreement which stated that 50 years after the marriage, they could abrogate the marriage; that’s not true… A treaty is the first port of call when you’re talking about international law and it will tell you that, that is never how to write a treaty.”

According to Dr Antwi-Danso, in writing a treaty, “you state the terms of how to abrogate the treaty, so, it is false, it is not true that there is a clause that allows them to move away. That’s false,” he stressed.

Dr Antwi-Danso, therefore, described the actions of the separatists as “pure terrorism” and called on all Ghanaians to condemn it while the state security brings the perpetrators to book because they pose a grave danger to lives and property.