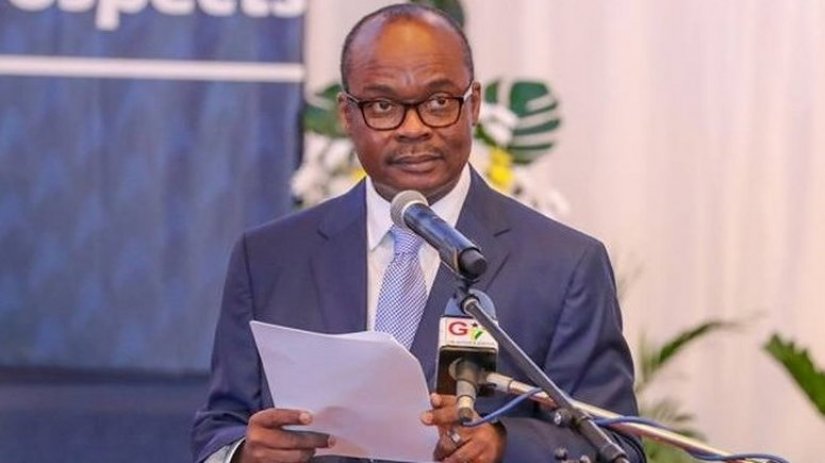 Announcing the decision of the committee via a virtual press briefing, Dr Ernest Addison, Governor, Bank of Ghana, said the current extraordinary circumstances required some monetary restraint to preserve the macroeconomic stability.

“The Committee was of the view that the current extraordinary circumstances, with a widened budget deficit and a residual financing gap, would require some monetary restraint to preserve the anchors of macroeconomic stability. In the circumstances, the Committee decided to maintain the policy rate at 14.5 per cent,” he said.

Dr Addison noted that the uncertainties in the global economy had increased, although investor uneasiness had improved somewhat, adding that the uncertainty was derived from a possibility of a prolonged downturn as countries begin to experience a second wave of COVID-19 infections.

Consequently, the fiscal and monetary stimulus packages would have to be continued over a much longer horizon, which could lead to a negative spillover to emerging and frontier markets with consequences for weaker growth and instability.

He said the most recent data on the Ghanaian economy showed that the pandemic had impacted adversely, resulting in a significant growth downturn and higher inflation.

“More granular data also show that business and consumer confidence, and private sector credit growth even though declined on a year-on-year basis, is beginning to show some modest gains,” he said.

Dr Addison noted that the Policy and regulatory measures announced by the MPC in March and May had positioned the banking sector to withstand the shocks associated with the pandemic and to support businesses.

These measures, he said, were working their way through the economy, and were beginning to impact positively.

So far, new advances for the first half of 2020 was estimated at GH¢15.8 billion compared to GH¢12.1 billion during the same period of last year.

Dr Addison said the central bank would continue to engage the banking industry to provide the necessary support in the challenging times of COVID-19.
2 / 2
The Committee noted that the COVID-19 pandemic had pushed public finances out of the path of fiscal consolidation with fiscal deficit estimated to expand to 11.4 per cent of GDP by the close of the year.

“The huge financing gap brought about by the expanded deficit could exert pressure on public debt, with long term implications for the economy,” he said.

Dr Addison said while government’s stimulus package for various sectors of the economy, including micro, small and medium sized enterprises was in the right direction to boost economic activity, the Committee’s view was that going forward, the 2021 budget should be focused on instituting measures to return to the fiscal consolidation path with the view to building resilience and strengthening the pillars of the economy for a return to macroeconomic stability.

He said the Bank of Ghana’s latest forecast showed that inflation which was at 11.2 per cent was currently above its upper limit, driven mostly by food prices.

“Adjusting for the unusual noise in the food inflation, the indications are that underlying inflationary pressures are stable,” he said.

“The Bank projects a return of inflation to the medium-term target band by the second quarter of 2021, conditional on corrective fiscal measures being introduced in the near-term,” Dr Addison added.