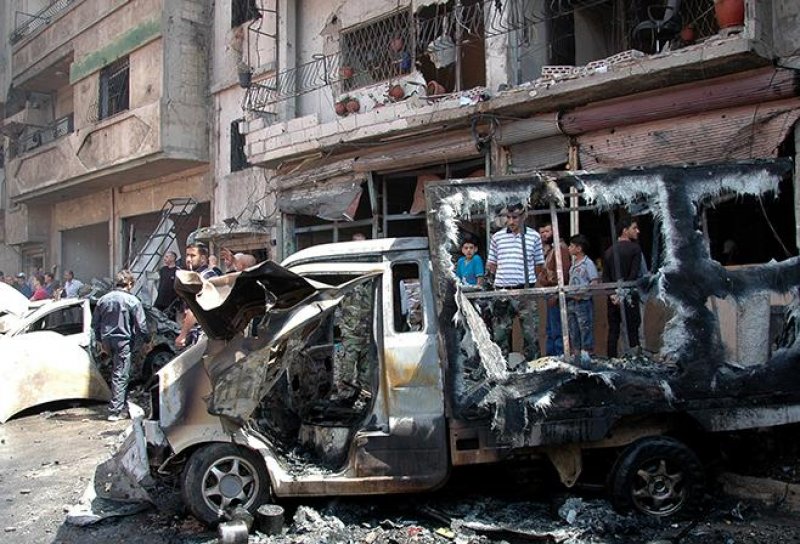 A car bomb exploded on Sunday in a town controlled by Turkish-backed rebels in northern Syria, killing at least two people, a war monitor reported, making it the second such attack in the area in two days.

At least 22 others were injured in the explosion in the town of Azaz in the countryside of the northern province of Aleppo, the Syrian Observatory for Human Rights added.

The blast took place near the town’s cultural centre which is being used as the base of a self-styled opposition government, a local police source told dpa.

On Saturday, a car bombing in Syria’s northern town of Afrin, controlled by Turkish troops and their rebel allies, claimed eight lives, according to the observatory.

So far, there has been no claim of responsibility for either attack.

The Turkish-backed Syrian National Army militia blamed similar attacks in the past on the Kurdish-led Syrian Democratic Forces, which Turkey considers a terrorist organization and an offshoot of the outlawed Kurdistan Workers’ Party (PKK).

The PKK has for years waged an insurgency against the state in Turkey.

Kurdish forces were pushed out of parts of northern Syria in 2019 after Turkey mounted an offensive there.