Murray and Edmund lose in Cologne 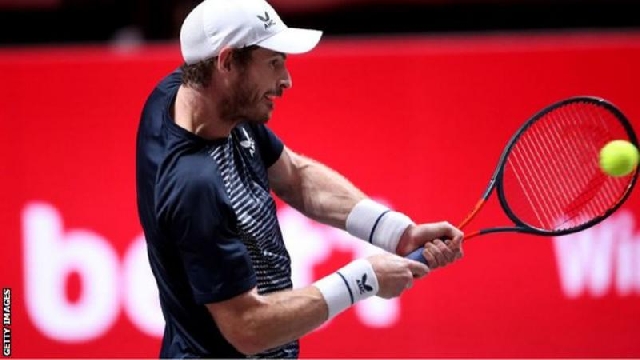 Britain’s Andy Murray went out in the first round of the Bett1 Hulks Indoors event in Cologne, Germany, losing 6-4 6-4 against Spain’s Fernando Verdasco.

Murray, 33, was handed a wildcard to play in the tournament, but was beaten by the 36-year-old world number 62.

Verdasco now faces US Open finalist Alexander Zverev in the second round after the German was given a bye.

Three-time Grand Slam champion Murray, currently ranked 115th in the world, only returned to the ATP Tour in August after career-saving hip surgery.

He beat world number seven Zverev on his way to the third round of the ATP Masters in New York in August, reached the second round of the US Open and then suffered a first-round loss to Stan Wawrinka at the French Open in September.

“I need to get back to playing my game on the court, I’ve kind of gone away from that a little bit,” Murray said.

“I’m maybe making a few more mistakes than usual because of that.”

Against Verdasco, Murray trailed 4-1 in the opening set, pulled a break back in the sixth game but failed to convert two break-point chances in the 10th.

The Scot had four break points in a lengthy 10th game as Verdasco served for the match but the Spaniard recovered from missing three match points to seal victory.

“I need to practise, I need to play matches and physically I need to get better,” Murray said.

“Some things I did a little bit better but overall it was not that much better than the match in Paris.“

Edmund, 25, ranked 47th, was beaten by the world number 92 for his second successive first-round exit after losing to world number 113 Marco Cecchinato in the opening round of the ATP Masters in Rome last month.

Both Edmund and Harris lost their opening service games, before the South African moved ahead with another break in the fifth game.

Edmund kept the set first alive by breaking back in the 10th game, but Harris immediately broke back again and served for the set, which he took after the Briton failed to take a break point opportunity.

The second set was tighter, but Harris stormed clear in the tie-break to set up a second-round tie against American Steve Johnson.

This event is the first of two indoor competitions in Cologne in two weeks, with Murray again having a wildcard to appear at the Bett1 Hulks Championship.