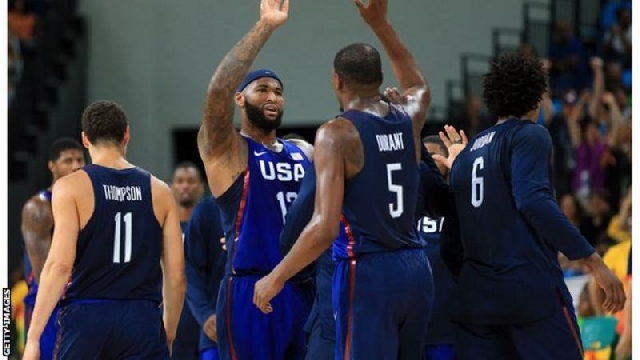 The NBA’s best players could miss the rescheduled Tokyo Olympics if the 2020-21 season begins in January.

A December start was suggested for the delayed campaign, but NBA commissioner Adam Silver believes it might now be the new year.

A January start could mean the play-offs finish in August or September with the Olympics set for a 23 July start.

Silver said it was possible “the top 15 NBA players aren’t competing in the Olympics, but others are”.

He added: “And, obviously, there are many NBA players who participate in the Olympics for other countries. That’s something we’re going to have to work through.”

Both the delayed start to the new NBA season and the rescheduling of the Tokyo Olympics are a result of the coronavirus pandemic.