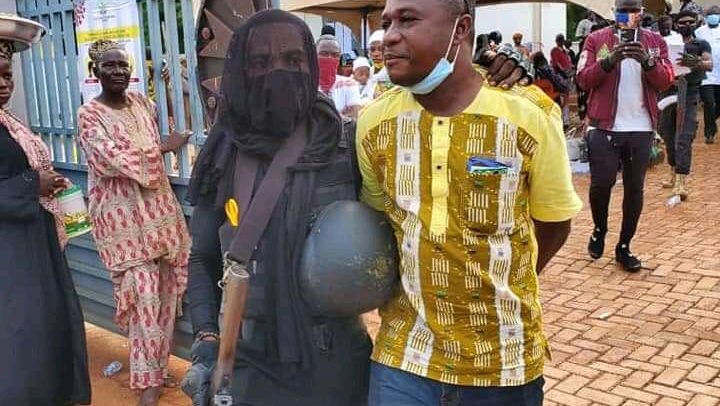 Information gathered by DGN Online medicates that one Alhassan Abdullai Mohammed, 44, a teacher believed to be an agent for the National Democratic Congress(NDC) in the ongoing voters’ registration exercise in the Sagnarigu municipality of the Northern region has been arrested.

According to the Northern Regional Crime Officer, Supt. Otuo Acheampong, the suspect was handed over to the police in possession of eight Voter Registration Forms 1A, a property of the Electoral Commission, which he dishonestly appropriated without the consent of the registration officer.

Supt. Acheampong indicated that the suspect has been cautioned and detained assisting with investigations.

The Northern Regional Chairman of the NPP, Mohammed Baantima Adam Samba told DGN that it was during his tour of some of the registration centres in the region that they discovered the alleged NDC party agent filling the forms and in possession of other forms at the registration centre in the Sagnarigu municipality.

“He had forms filled with the guarantors forms attached which he didn’t have the right to do that apart from EC officials and he pleaded with us not to reveal his identity.”

Chairman Samba urged party executives , polling stations officers and coordinators to be vigilant at the various registration centres across the country accusing the NDC of plotting schemes to register foreigners in the ongoing voters register exercise.

“What we have seen here today is a sign that the NDC will be planning same at other regions and it’s only through vigilant and monitoring that can stop them so we must not allow the NDC again to cheat the system.”

He called on the police to ensure that the suspect is prosecuted to serve as a deterrent to others.