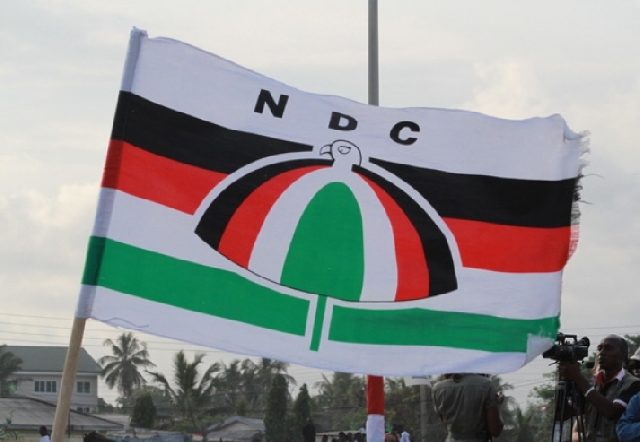 The top leadership of the National Democratic Congress (NDC) is currently in a meeting over whether or not to postpone the launch of its 2020 manifesto or go ahead with it on Monday, 31 August 2020 as earlier announced by the party’s National Communication Officer Sammy Gyamfi at a press conference in Accra on Monday, 24 August 2020.

It is, however, not clear why the party is considering a change in date.

Even before the manifesto launch, former President John Mahama has promised to create one million jobs for the youth, legalise okada business, provide free primary health care, fight corruption among other promises.

In July last year, Mr Mahama said the Manifesto Working Committee of the biggest opposition party presented to him ‘The People’s Manifesto’ for the 2020 general elections.

“I have received a copy of our manifesto for the December 2020 elections from the Manifesto Working Committee”, Mr Mahama wrote on social media on Republic Day – 1 July 2020.

“This document, The People’s Manifesto, will represent the NDC and my social contract with the good people of Ghana”, he said.

“I thank you all for your contributions to the compilation, and, as I have promised, I look forward to the Policy Dialogue Series through which I will be sharing details of the various sectors and themes of the Manifesto”, he said.

Last year, Mr Mahama said the NDC’s 2020 manifesto will be a document put together after a detailed consultative process with both party members as well as identifiable bodies who were not necessarily politicians.

Speaking at the inauguration of the party’s manifesto committee in Accra on Wednesday, 23 October 2019, the flag bearer of the party said the NDC’s activities are aimed at restoring hope and “addressing the increasing hardship inflicted on Ghanaians, unprecedented corruption and the family-and-friends governance we are saddled with today.”

The former President noted that the NDC, through its manifesto, will provide a robust set of policy options guided by research but most importantly, by broad consultations, to renew hope in the governance of the country “to accelerate what was a successful beginning to the diversification and transformation of our economy and significantly improve the living conditions of our people”.

According to Mr Mahama, in the past, the NDC manifesto had been drawn up by a technical committee set up by the party largely based in Accra and producing for the party, a document based mainly on the expertise of the membership, but the 2020 manifesto will be different.

He said it will be a manifesto that will be the conclusion of a long, detailed “consultative process involving broad interactions with our people, incorporating their concerns, their hopes and their aspirations”.

At the time, Mr Mahama charged the committee to put together a document which when “the average voter picks up, at a glance, he/she should be able to see in clear and simple terms what the NDC contracts to do in the next four years in his/her life, in his/her region and in every segment of our national life”.

The NDC, has, since then, consulted many bodies including the TUC, ICU, Mine Workers Union, student unions, Persons with Disability (PwDs), the Federation of Muslim Council, market women, fishermen and other segments of the population in putting together its manifesto.

Akufo-Addo mocks NDC: It took them long to find Naana; they still don’t have a manifesto

At the NPP’s manifesto launch last week, President Nana Akufo-Addo said “it is interesting to note” that the biggest opposition party, the National Democratic Congress (NDC) “in opposition, is not able to take the lead in doing some of the things that are most often done first by parties in opposition”.

For example, he said: “You might remember how long it took the NDC presidential candidate to find a running mate, and they have not yet got a Manifesto”.

“I wonder what will happen the day they have a government to run as well”, he said at the launch of the governing New Patriotic Party’s 2020 manifesto in Cape Coast, Central Region on Saturday, 22 August 2020.

“Or, maybe, it is simply showing the country they do not attach much importance to a Manifesto, nor should we expect that whatever is written in it would reflect their beliefs.

“Which presupposes, of course, that they now have or hold on to any firm beliefs, instead of bending in the direction of whatever they think is currently fashionable. We wish them luck with their Manifesto, whenever they are done with it.

“In other words, it helps to believe in something, to spend time and energy to think it through, and to get passionate and competent people to lead in the implementation of the programme”, the President said.