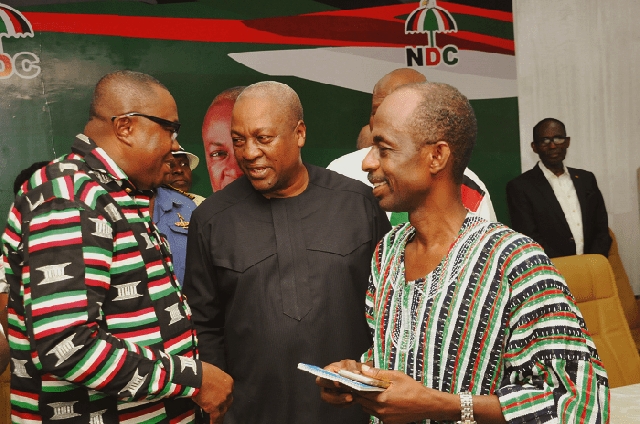 The main opposition National Democratic Congress (NDC) will launch its manifesto on Monday, 31 August 2020, the National Communication Officer of the party, Mr Sammy Gyamfi has disclosed.

Mr Gyamfi revealed this at a press conference in Accra today, Monday, 24 August 2020.

Even before the manifesto launch, the party’s flagbearer John Dramani Mahama has promised to create one million jobs for the youth, legalise okada business, provide free primary health care, fight corruption among other promises.

At the NPP’s launch, President Nana Akufo-Addo said “it is interesting to note” that the biggest opposition party, the National Democratic Congress (NDC) “in opposition, is not able to take the lead in doing some of the things that are most often done first by parties in opposition”.

For example, he said: “You might remember how long it took the NDC presidential candidate to find a running mate, and they have not yet got a Manifesto”.

“I wonder what will happen the day they have a government to run as well”, he said at the launch of the governing New Patriotic Party’s 2020 manifesto in Cape Coast, Central Region on Saturday, 22 August 2020.

“Or, maybe, it is simply showing the country they do not attach much importance to a Manifesto, nor should we expect that whatever is written in it would reflect their beliefs.

“Which presupposes, of course, that they now have or hold on to any firm beliefs, instead of bending in the direction of whatever they think is currently fashionable. We wish them luck with their Manifesto, whenever they are done with it.

“In other words, it helps to believe in something, to spend time and energy to think it through, and to get passionate and competent people to lead in the implementation of the programme”, the President said.