New health facilities in Ashanti to have treatment centres 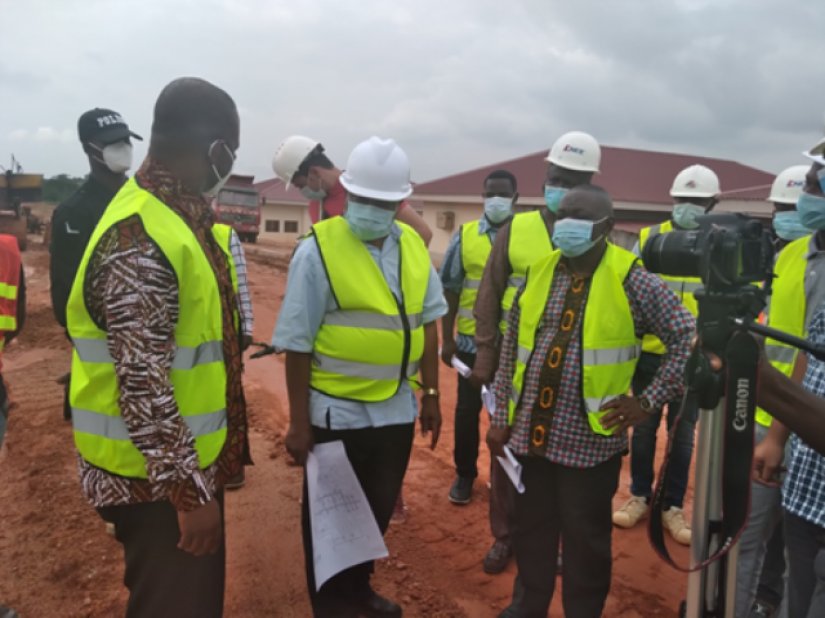 Sewua (Ash), July 14, GNA – Some of the health infrastructure projects currently under construction in the Ashanti region, would have covid-19 treatment centres, as confirmed cases in the region surge.

Mr Kwaku Agyemang-Manu, the Minister of Health who made this known, said the move was part of the government’s plans to have additional emergency and treatment centres in a region, which was becoming a hotspot.

He told the media after inspecting some on-going hospital projects in the region that it had become extremely important to expand the case management and treatment centres in the region due to the rising number of confirmed cases, which had already choked the existing centres.

The Minister who is on a two-day tour of the region to assess the COVID-19 situation also inspected the on-going hospital projects at Bekwai, Fomena and Sewua, where a 250 bed regional hospital was under construction.

“Some places are such that we can quickly turn portions into treatment centres and Ghana Health Service through the regional director and our case management team, have been assessing the situation”, he stated.

“We believe in the next two weeks, we will be able to set up the places to create more room for new cases”, the Health Minister assured.

He expressed concerns about the wanton disregard for the COVID-19 preventive protocols even in the face of the increasing numbers and called for the cooperation of the public to collectively fight the pandemic.

“The problem we have right now is not on the part of government because we have invested so much in fighting this battle.

The President has invested not only money but also his time and energy and he is not tired”, the minister bemoaned.

He said it was worrying that people were not complementing the government’s efforts in the fight against the pandemic by refusing to observe the basic protocols, which were in the interest of everybody.

Mr Agyemang-Manu who was impressed with the level of work at the various project sites, said the Ministry would continue to push for the speedy completion of the projects to ensure quality healthcare for the beneficiary districts.

He said plans were advanced to operationalize the facilities as soon as possible to address the health needs of the people.