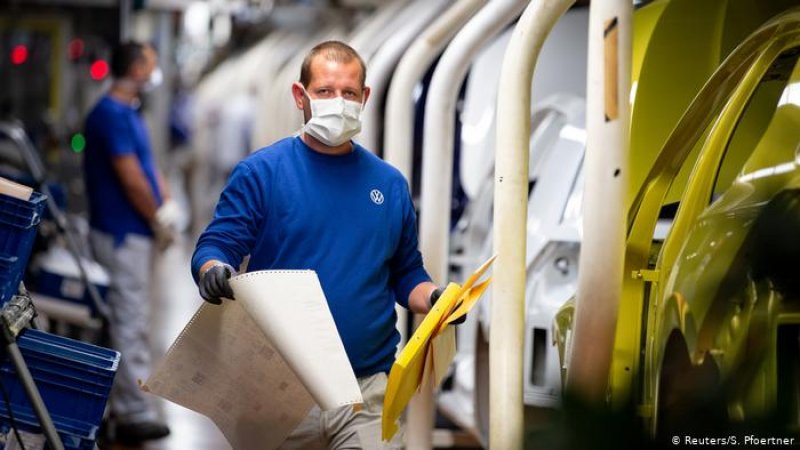 Germany’s rebound from an unprecedented slump due to the coronavirus pandemic ground to a near halt in the final quarter of 2020, with gross domestic product (GDP) increasing only by a fraction, according to official data released on Friday.

Gross domestic product grew by 0.1 per cent in the fourth quarter compared to the previous three-month period, the Federal Statistical Office reported.

Economists had broadly predicted that the economy would stagnate towards the end of the year, as a return to lockdown measures in November and an incremental tightening of those restrictions unleashed new uncertainty on Europe’s largest economy.

Germany has been in recovery since a historic downturn in the second quarter, when gross domestic product plunged by 9.7 per cent, before rebounding by 8.5 per cent in the third quarter.

The nation’s second wave of infections and resulting second lockdown took a particularly hard toll on consumer spending, while exports and construction investments buoyed the economy, according to Destatis.

The resulting GDP decline was 5 per cent for the year 2020 as a whole, the agency said.

Despite the marginal quarterly growth at the end of last year, economic output was still lagging significantly compared to before the crisis hit.

Year on year, gross domestic product slumped by 2.9 per cent in the fourth quarter of 2020 in price-adjusted terms, according to Destatis.

Also on Friday, Germany’s Federal Employment Agency released unemployment data for January, showing that a state-funded furlough scheme continues to support the labour market through the worst of the crisis.

The number of people out of work in Germany rose to 2.901 million in the first month of 2021 for an unemployment rate of 6.3 per cent.

The increase of 0.4 percentage points is seen as typical for the time of year.

Applications for the furlough scheme, known as short-time work, have increased since November, but the programme is nowhere near as sprawling as it was at the height of the crisis in April, when almost 6 million workers were signed up by their struggling employers.

According to the most up-to-date figures from the Federal Employment Agency, 2.26 million people were receiving short-time work payments in November.