Nigerian soldiers not told to shoot at protesters – Minister 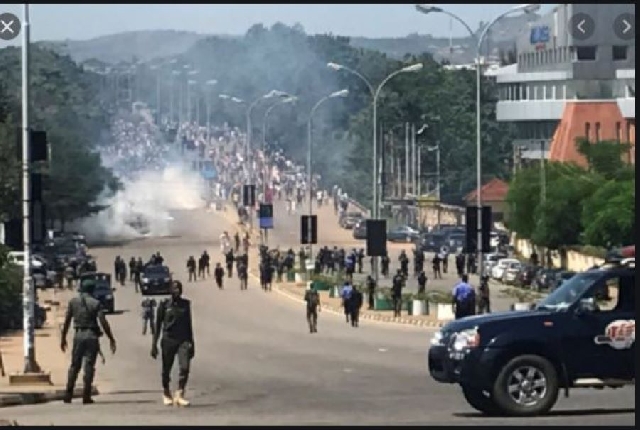 Nigerian Police Minister, Muhammad Maigari Dingyadi, has told the BBC that soldiers were not instructed to shoot at protesters.

“Soldiers have already spoken about this, they are denying their involvement and government is aware that they have not given any soldiers instructions to go into this crisis, not at all,” Mr Dingyadi told the Newsday programme in an interview.

His remarks come after Amnesty International said at least 12 people were killed by soldiers and police in Lagos on Tuesday. Nigeria’s army has dismissed the reports as “fake news”.

The minister said the ongoing anti-police brutality protests in the country had been hijacked by rogue elements. He said the government was working on all the demands for reforms demanded by protesters.

“We all know how this thing started, it started peacefully with genuine demands but suddenly this thing has turned to something completely different. You cannot call a situation where properties, houses, buildings were burnt down – you cannot call it peaceful, some people must have taken over these protests.”

“We are continuing with police reforms and we are appealing to protesters and at the same time continue with the implementation of the demands given to us.”

He said President Muhammadu Buhari’s administration inherited a bad system which it is currently reforming.