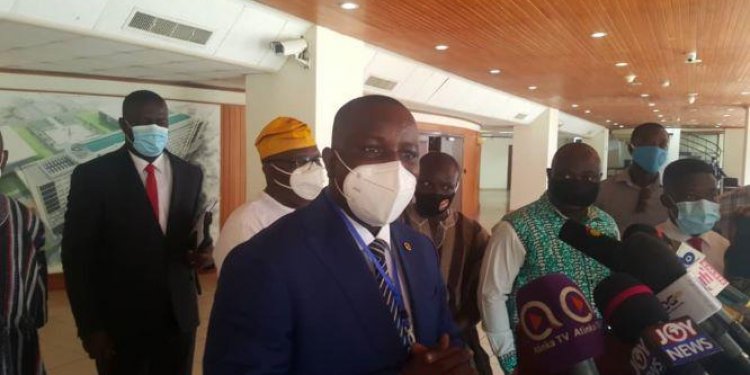 He said for the former President to cite the recent incident at the Banda area of the Bono Region as example of voter suppression meant his briefing was wrong and misleading.

He, therefore, urged the former President to provide better evidence to aid in finding solution otherwise his allegations would be mere accusations.

“It is clear that Mr John Dramani Mahama was wrongly briefed, his intelligence is suspect and has been misled on the incident.”

Mr Nitiwul made the remark when he addressed the media in Parliament in response to former President Mahama’s allegations and to provide details on happenings in the country regarding the ongoing voter registration exercise.

He said the Ministry of Defence would not deploy personnel of the Ghana Armed Forces to suppress any voter at the Banda area.

He said what happened was a clear duty by the Military to respect the orders of the Regional Security Council (REGSEC).

He said the REGSEC held meetings with all the political parties and agreed with them not to bus people to registration centres nor physically prevent people from registration but use the challenge forms when the need arose.

Mr Nitiwul said the Agreement mandated the parties to ensure peace before, during and after the registration as well as the December elections.

Mr James Agalga, the Ranking Member of the Defence and Interior Committee, reacting to the explanation of the Defence Minister, said the NDC had expressed reservations at the deployment of the Military to the borders right from the beginning of the registration exercise.

He said viral videos from the Banda Constituency indicated clearly that the real motive behind the deployment of the Military was not about preventing people from crossing into Ghana but to ensure voter suppression in the NDC strongholds.

He said the claim by President Akufo-Addo that he was unaware of such issues when he received daily security and intelligent briefings on national security was regrettable.

Mr Agalga criticized the REGSEC for acting above its powers by deploying the Military to mount road blocks to prevent potential voters from registering.

He said following the construction of the Bui Dam, a number of people were displaced and one would have expected the Electoral Commission to setup new registration centres close to the people but that was never done.

He explained that displaced persons had to travel long distances to the centres to register and that claims that they were foreigners were unfortunate.