No by-election in Mfantseman – Speaker 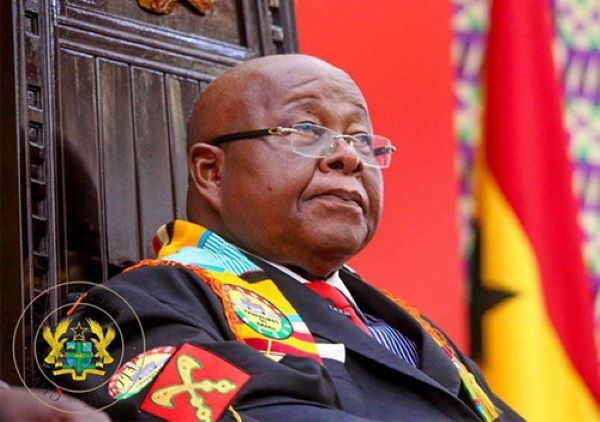 Speaker of Parliament Prof Aaron Mike Oquaye has said there shall be no by-election in the Mfantseman constituency following the death of the New Patriotic Party’s (NPP) Member of Parliament and parliamentary candidate for the upcoming December polls, Ekow Hayford.

This follows speculations that a by-election would have to be conducted to find a replacement for the deceased candidate ahead of the polls.

Addressing Parliament on Wednesday, 14 October 2020, however, the Speaker urged the media and the general public to take note of the provisions of the law on such matters, accordingly.

“Article 112 (5) speaks about by-election in such circumstances to have been held within 30 days after the vacancy occurred.

“It is qualified by subsection 6, which reads in very simple, plain and clear language: ‘Notwithstanding clause 5 of this article, a by-election shall not be held within 3 months before the holding of a general election’, and, of course, a simple calculation tells that we are not within the 3 months since this incident occurred, therefore, there can be no by-election by mere calculation.”

Meanwhile, the First Vice-Chair of the NPP in the Mfantseman Constituency, Yaw Berchie Nuako, has disclosed that a replacement for the deceased MP will be announced on Thursday, 15 October 2020.

The incident happened on the dawn of Friday, 9 October 2020.

The late MP was returning from a campaign trip at Dominase to his residence at Mankessim.