Notorious B.I.G. crown and Tupac love letters up for auction 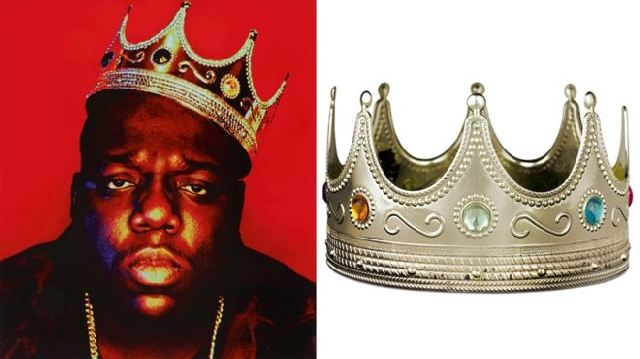 Love hip-hop and have a few hundred thousand pounds burning a hole in your pocket? This might be for you.

An iconic piece of hip-hop history is up for auction – the crown worn by the Notorious B.I.G. in his last recorded photoshoot.

The “King of New York” picture, as it came to be known, has featured on magazine covers, mixtapes, T-shirts, murals and even in the villain’s headquarters in Netflix’s Luke Cage.

It’s part of a Sotheby’s auction celebrating the impact of hip-hop that also includes love letters written by Tupac Shakur at the age of 16.

Some of the money raised by the 120 items will go towards community projects in New York City.The crown worn and signed by Biggie 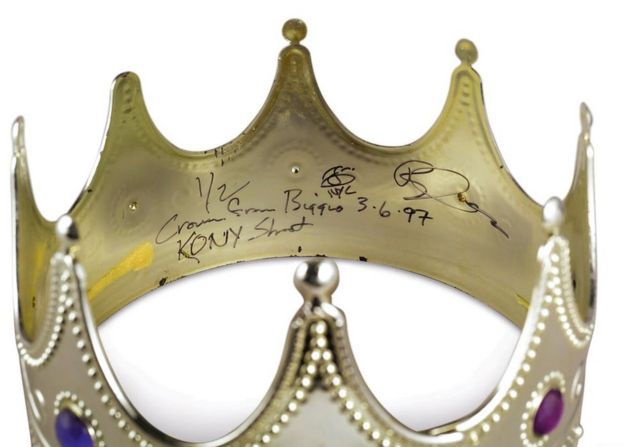 Biggie wore this crown just three days before he was shot dead on 9 March 1997.

The rapper and the photographer Barron Claiborne signed it at the time, and Barron has kept it in his possession ever since.

“I’m very excited to share this iconic piece of hip-hop history with the public,” he says.

“The image transformed Biggie Smalls into an aristocratic or saint like figure, forever immortalised as not only the King of New York, but a king of hip-hop music and one of the greatest artists of all time.”

It’s much loved now but Diddy, Biggie’s label boss who was with him at the shoot, was reportedly worried at the time it looked more Burger King than hip-hop king.Tupac Shakur love letters 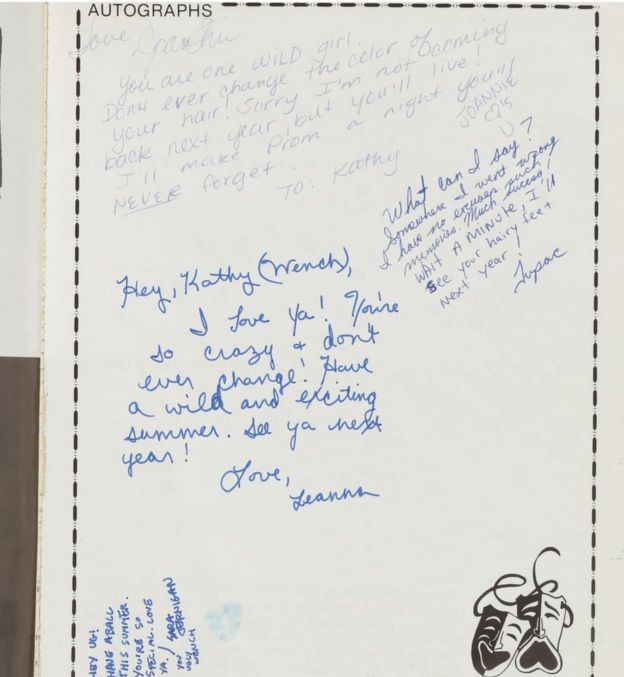 Image copyrightSOTHEBY’S Image captionThe estimated value of the love notes is between $60-$80,000 – this is Kathy Loy’s yearbook, signed by Tupac

There are also 22 signed love letters from a 16-year-old Tupac Shakur – sent to Kathy Loy during their time together at the Baltimore School for the Arts in the late 1980s.

Tupac sent the letters during a two-month relationship and would sign off in a variety of ways: “Love, Tupac”, “4 Eternity, Tupac”, “With Passion, Tupac”, “Forever Yours, Tupac” and “With All My Heart, Tupac”.

The notes cover their first meeting to their eventual break-up, and a letter of regret sent a year later. 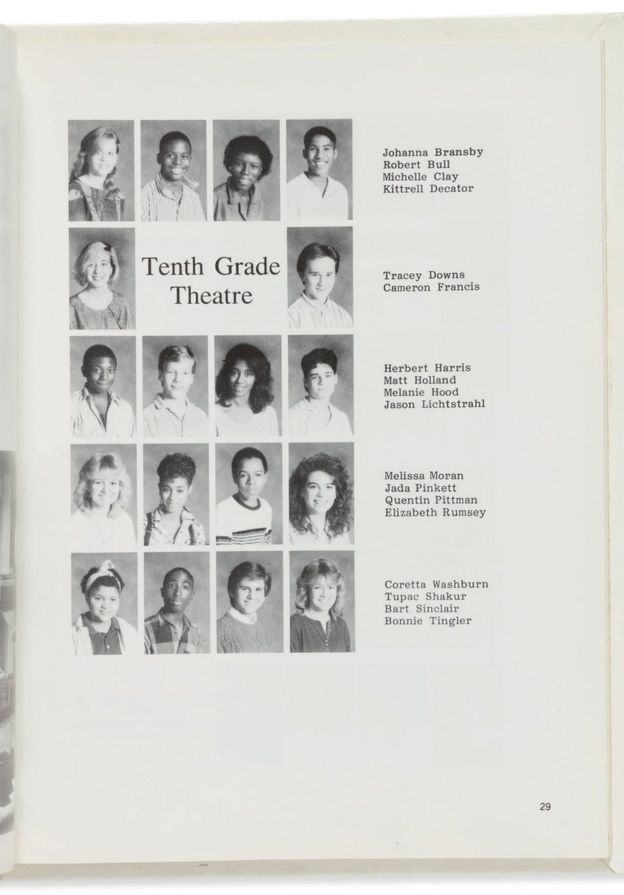 Image copyrightSOTHEBY’S Image captionTupac pictured underneath the actor Jada Pinkett-Smith – then just Jada Pinkett – in Kathy Loy’s yearbook. Tupac and Jada were best friends, and dated when they were a bit older 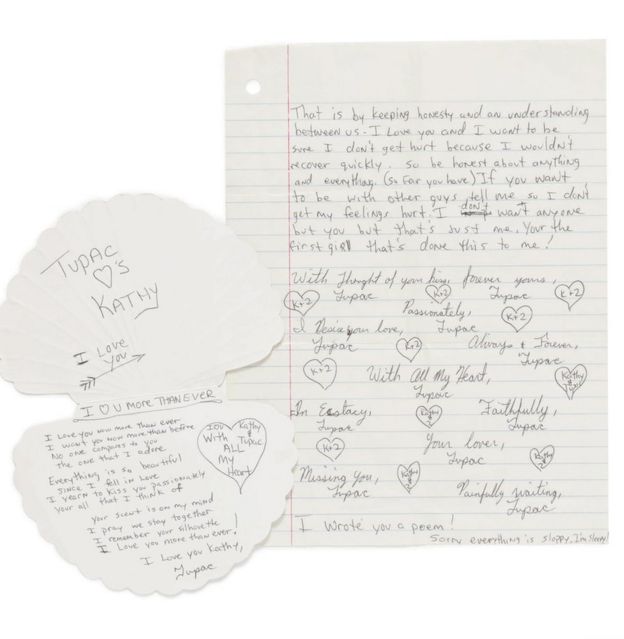 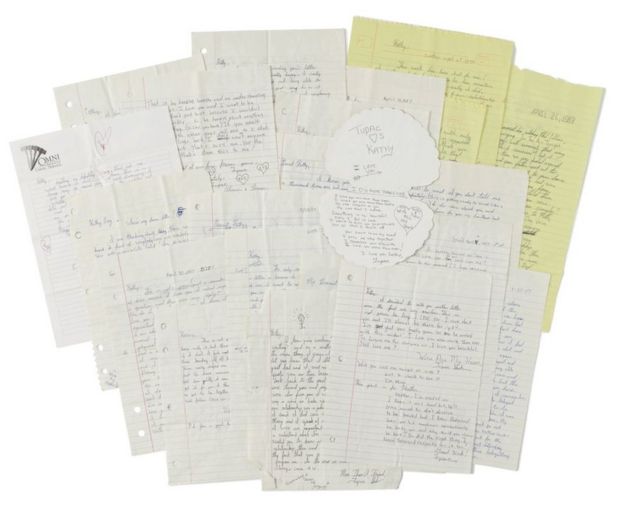 The letters also show the rapper’s close friendship with fellow student Jada Pinkett – now better known as the actress Jada Pinkett-Smith – who he refers to in one letter saying: “Jada told me she can see how much I love you.”

He also talks about his home life with mentions of his mother working late nights and him helping care for his cousins.

Tupac would go on to become one of the most celebrated rappers of all time, but at 16 the letters show he was considering quitting.

“My old manager came over and said she doesn’t want me to retire from rap but I think I am because I can’t handle too much rejection and I don’t have the time….” he writes.

Tupac was killed in a drive-by shooting in Las Vegas in September 1996, aged just 25.