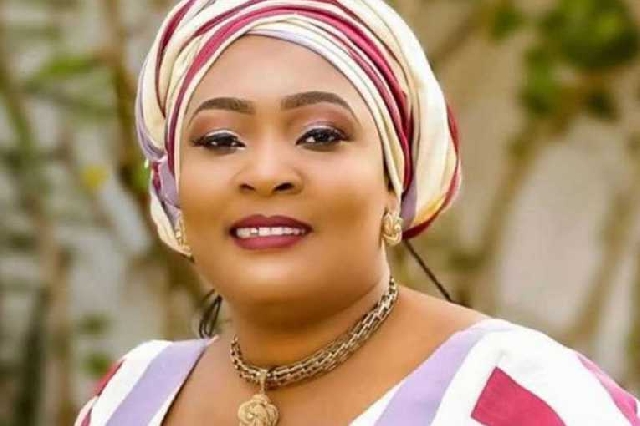 She said in a 14-point press statement that the allegations of vote-buying levelled against her by anti-graft body Corruption Watch, is untenable.

Read her full rejoinder below:

RE: EXPOSED: HOW CANDIDATES BOUGHT VOTES IN NPP PRIMARIES

1. I exercise my constitutionally guaranteed right to a rejoinder to a scurrilous, publication against me by Corruption Watch. From the outset, I reject entirely, the imputations attributed to me in the said publication. There are obvious distortions, unfair interpretations and sensationalism in the story.

2. First, it is claimed that “A Corruption Watch investigation has found that…[I] facilitated the use of MASLOC money to allegedly induce delegates in the Yendi Constituency…” I would like to point out that there is no iota of truth in this statement. If the reporters were truly confident in their ‘findings’, why did they find the need to use the caveat, ‘allegedly’? You make a categorical statement in your headline that votes were bought and yet in your opening paragraph, you introduce alleged inducement. You would know that buying connotes the presence of offer and acceptance, while inducement would imply persuasion.

3. I point out there was no vote-buying on my part.

4. I also reject the claim that MASLOC money was used to induce delegates because it is completely false. There is no evidence to back this claim. Unless they were purposely excluded, some of the beneficiaries of a transparent loan scheme were always going to be members of various political parties including the NPP and some would-be delegates. The generalisation that the beneficiaries were all delegates is unfair and unproven. They were not and I told you so but you chose to call them delegates.

5. In paragraph 10 of your publication, you say “On Thursday, 21st May 2020, Hajia distributed GHS1000 state money under the MASLOC loans to delegates…” Here too, you repeated the false claim that all the beneficiaries were delegates. Even though you admit that the money given out were loans to be repaid, you still claimed that state money was distributed, creating an unfair impression of dolling out state money. I wish to emphasise that it was MASLOC that distributed the loans and not me as an individual. I supervised the process in my capacity as a deputy CEO.

6. In paragraph 11, you again claim that I addressed delegates which you captured on video through your undercover investigators. This is strange because this was a public event where MASLOC beneficiaries received their loans. As a daughter of the land, I addressed the gathering advising them to utilize the loans judiciously and to invest in their farming activities. I explained that I had to plead with my bosses to release their disbursements ahead of time because it was the farming season and they needed to till the soil and sow their crops. There were loudspeakers and large numbers of people at the gathering. I personally caused the programme to be filmed and shared widely because I didn’t think I was doing anything illegal or wrong. I must emphasise that the beneficiaries were not all delegates as you seek to portray. I commit no crime by saying I lobbied for more for the constituency. In any case, these are loans which will be paid back to the state. You faulted my statement that I pleaded for early disbursement. I did that because it is in the interest of the scheme itself that beneficiaries get the loans when they need them. It is the only way they can repay. With May being the most critical period of farming in the northern parts, it was the most prudent thing to do to give them their loans at that time.

7. And for the avoidance of doubt, many constituencies in the northern region and elsewhere had far larger number of MASLOC loan beneficiary groups than Yendi and this is verifiable. Tamale Central – 117 groups; Tamale South – 69 groups; Tamale North – 56 groups; Yendi – 35 groups.

8. You seem to have completely misunderstood the processes and the considerations that go into giving out these loans.

9. You also cited the donation of fertilisers as evidence of vote-buying. This is the farming season and as a daughter of the land, the least I could do for my people from my personal resources is to help them with farm inputs. Sons and daughters from Yendi and elsewhere, whether or not they are in public office, support farmers with these essential inputs. This is one way to reduce poverty in our towns and villages. Certainly, this is not vote-buying

10. The most egregious of your claims against me are in paragraph 13 where you say I admitted to your findings. Of course, if you ask me about a public event and the disbursement of loans, I would confirm. It is strange for you to then pitch this as an admission of some wrongdoing. In my conversation with you, I pointed out repeatedly that even though some of the beneficiaries may have been delegates, there were non-delegates, too. In spite of this, you – conveniently and in furtherance of an agenda to concoct a wrongdoing – ignored this and consistently refer to the beneficiaries as NPP delegates.

11. In that same paragraph, you say that I admitted to the findings but insisted that I didn’t “err in her decision to give state money to induce delegates…”. I specifically refuted these claims and this is obvious in the 1 minute 40 seconds audio clip you attached to your publication and yet you still came to the conclusion that I admitted to something wrong. It would seem that regardless of the facts, you were bent on finding faults and when you couldn’t find any, you fabricated them and made assumptions.

12. It bears repeating that I did not give state money for free to delegates contrary to your claims. Residents of Yendi applied for loans as citizens and were assessed and granted the loans which they will pay back. I, therefore, did not buy any votes with state money. I may have won the election if I did.

13. I didn’t admit to giving state money to delegates to induce them because that did not happen. I couldn’t possibly admit something that didn’t happen.

14. The publication and unfortunate claim that I admitted to your imputations have caused me grave harm. The least you can do is publish this rejoinder to the same extent as your original baseless claims.

A Corruption Watch investigation found that the deputy MASLOC CEO facilitated the use of MASLOC money to allegedly induce delegates in the Yendi Constituency during the NPP’s recent primaries.

The investigation uncovered that she used state resources for her personal gain, just as other candidates were also captured by Corruption Watch inducing delegates with money, machinery and appliances in seven regions.

In the Yendi Constituency, Corruption Watch said the aspirants even gave out food packages including a bowl of dried fish, a box of Maggi and a pack of powdered salt.

The anti-graft body said on Thursday, 21 May 2020, Hajia Zakaria distributed GHS1,000 state money under the MASLOC loans to delegates of the constituency, in which she was contesting as a parliamentary aspirant.

In an address to delegates, which was captured on video by undercover investigators of Corruption Watch, she said although MASLOC loans weren’t to be distributed yet to Ghanaians, she ensured that as deputy CEO of MASLOC, loans to her constituents weren’t only distributed to them but also that the number of recipients was increased above what was permitted.

Between the 12th and 14th of June, Corruption Watch said she also gave three bags of NPK fertilisers to each delegate in the Yendi Constituency.

When Corruption Watch contacted her for her response, she admitted to the findings but insisted that she did not err in her decision to give state money to induce delegates because the delegates applied for the loan like every other group.

According to Corruption Watch, the Yendi contest can arguably be one of the contests in the country where the aspirants spent a lot of resources on the delegates.

It said each of them employed different tactics/strategy to entice the delegates individually or as groups.

Accounts of some of the activities that the aspirants engaged in border largely on potential bribery of the delegates for their votes, the anti-corruption body said.

These are some of the highlights of the activities the various aspirants engaged in to attract the delegates:

On 13th May 2020, Alhaji Umar Farouk Aliu Mahama, distributed one thousand bags of sugar to the delegates and opinion leaders in the Yendi Constituency; this has been an annual ritual by him since 2017.

On 20th May 2020, Mr Aliu Mahama gave about 800 bags of rice to the NPP delegates and opinion leaders in the constituency for the celebration of the Eid-Ul-Fitr. This, he has been doing since 2017.

On 13th June 2020, Mr Mahama distributed 400 knapsacks, 2,400 bottles of weedicides, 600 cutlasses, 400 bottles of anti-snake sprays and 800 bags of fertilisers to delegates in the Yendi Constituency.

When Corruption Watch contacted him for his response, Mr Aliu Mahama said he was not feeling well so he would speak on a different occasion. As of the time of filing this report, CW had not received his response.

Alhaji Osman Baba Daney, on Monday 15th June 2020, through his wife, presented a parcel of food ingredients to each delegate in the Yendi Constituency. The content of the parcel included a bowl of dried fish, a box of Maggi and a pack of powdered salt.

Each delegate was also offered a cash amount of GHS100.

When Corruption Watch contacted Mr Daney, he confirmed CW’s findings but argued that the content of the envelope he gave delegates was GHS80 and not GHS200. He also denied knowledge of the initial GHS100.