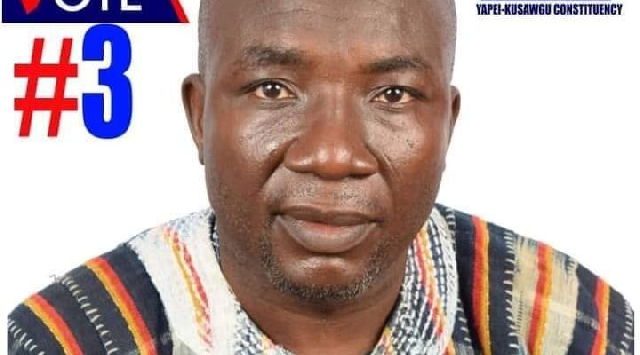 The governing New Patriotic Party’s parliamentary candidate for Yapei-Kusawgu in the Savanna Region has died in a car crash.

Mr Abu Kamara was returning to Tamale after a project inspection tour when the incident occurred.

“With a heavy heart, the Savanna Regional NPP and the party at large announce the unfortunate demise of our parliamentary candidate for the Yapei Kusawgu Constituency, Abu Kamara.

“He died with an aide, Majeed Kotochi (Young Chief) and another occupant in an unfortunate accident at the Datoyili police barrier. May their souls rest in peace. Amen”, a statement from NPP-Savanna said.

A second statement said: “On the instructions of the Savanna Regional Chairman, Alhaji Sulemana Iddrisu (Prof Kalamonia) and the Regional Council of elders, all campaign activities in the Region are suspended with immediate effect”.

“It is further directed, that all party flags must fly half-mast”.

“These directives are in line with the party’s respect and condolence to the families of our deceased heroes; Hon. Abu Kamara, Mr Kotochi Majeed and Mr Adam Abu”.

“We mourn with the families in these trying times. May the Good Lord grant them Jannat-al Firdaus. Amen”, the statement signed by Mr Mohammed Issah, Director of Communications, Savanna NPP, said.