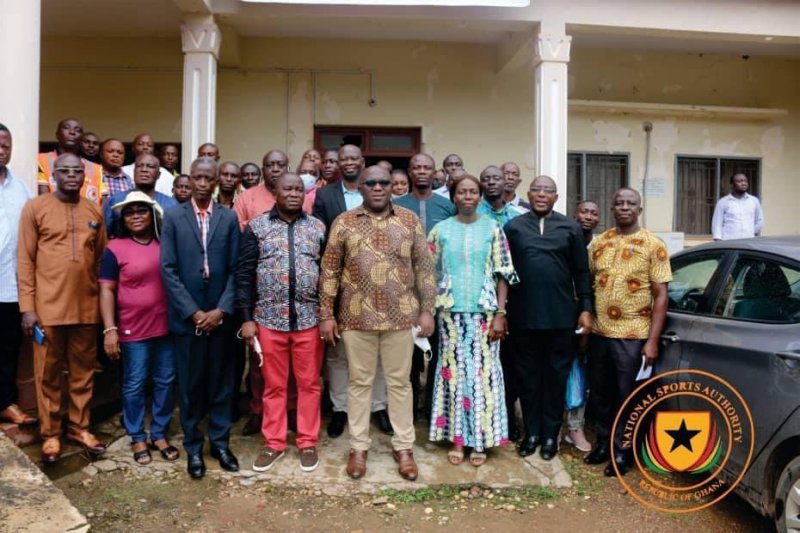 The National Sports Authority (NSA) has inaugurated an 11-Member Local Organizing Committee (LOC) for the 2022 National Cross Country to be held in the Eastern Region.

The Eastern Regional Director of the NSA, Mrs. Gifty Horsu Fianu, in her address appealed to all stakeholders to render their support to the event adding that the event would be managed by two committees, namely the LOC and the Regional Organizing Committee (ROC).

She said the LOC would be tasked to ensure a successful event at the Municipal level, whiles the ROC would concentrate on selecting a formidable regional team for the annual event.

The MCE for the Birim Central Municipal Assembly, Madam Adu expressed her appreciation to the NSA for selecting the Municipality as the host venue for the upcoming event and confident that the Region would host a successful competition.

Mr. Kwame Amporfi, the Deputy Director General (Technical) of the NSA who represented the Director General, Prof. Peter Twumasi, said that it was the vision of the Authority to ensure that the President, Nana Addo Danquah Akufo Addo’s vision to develop and promote sports both at the grassroots and national levels are achieved.

He highlighted on the successes achieved in the previous editions of the event, which began in 2019.

He said it was the Authority’s hope that the 2022 edition of the competition would be an improvement on the past events.

Mr. Amporfi further stated that the National Cross Country is one of several sporting events to be organized by the Authority in preparations towards team Ghana’s participation in the upcoming 2023 African Games to be hosted in Ghana.

He mentioned that 190 athletes from the 16 regions are expected to participate in the event and assured stakeholders of the Authority’s commitment to ensuring a successful national event.