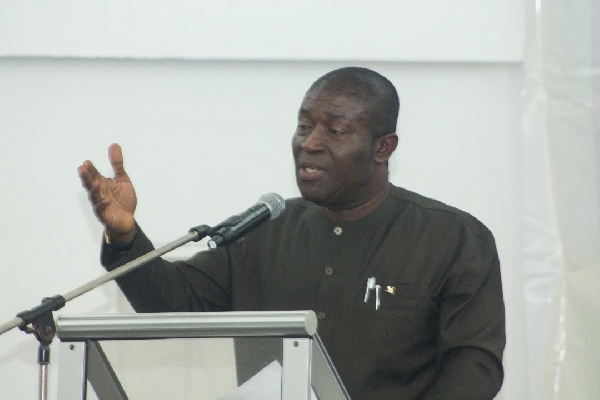 The Chief Executive Office of the State Transport Company (STC) Nana Akomea has urged the two men contesting the Odododiodio parliamentary seat on the ticket of the governing New Patriotic Party (NPP) and the main opposition National Democratic Congress (NDC) to come together and organise a joint peace march with their supporters to promote peace in the area ahead of the December 7 polls.

Nana Akomea’s comment comes on the back of violent clashes between the supporters of Nii Lante Bannerman, the NPP Parliamentary candidate for the area and that of Nii Lantey Vanderpuye who is the incumbent MP seeking re-election on the ticket of the NDC.

The police is investigating the matter.

Reacting to this, Nana Akomea, a former director of communication for the NPP in Facebook post urged the two leaders to give peace a chance.

His post read: “Just seeing some more footage of the Odododiodio constituency violence. Violence at a peace march? Or it was a protest march, wrongly labelled?

“I do not wish to engage in a blame game. Like most Ghanaians, l hope that the violence doesn’t continue.

“That there are no reprisals and counter-attacks etc. Odododiodio is already a volatile constituency.

“I strongly urge the two leaders, Nii Lante Vanderpuye and Nii Lante Bannerman to come together and organise a joint peace march in Odododiodio, with all their supporters in party colours marching as one.

“Many of us outside the constituency will join them in this march.

“The people of Ga Mashie also deserve peace before, during and after the elections.”

Meanwhile, Mr Bannerman has accused Mr Vanderpuye, of masterminding the attacks on the NPP supporters in the area at the weekend.