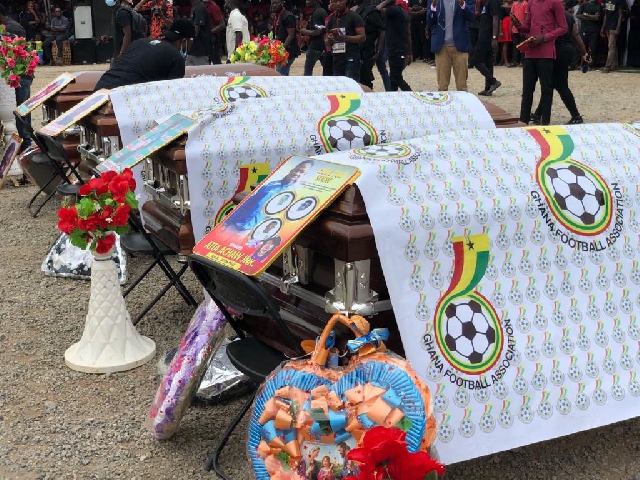 The seven young footballers who lost their lives in the Offinso accident have been laid to rest in a mass burial service at Offinso in the Ashanti region today, Thursday, 1 October 2020.

The unfortunate event occurred on Saturday, 19 September 2020, after 36 young footballers of Africa Vision Soccer Academy got involved in a fatal accident.

Aged between 12 and 15, the children were travelling back to Offinso after a registration exercise in Kumasi.

After undergoing colts division registration, the minibus they were travelling on plunged into the Offinso river.

Six of them died on the spot while one died at the hospital, leaving several others injured.

Meanwhile, the government has pledged to foot the funeral expenses and hospital bills.

The government will also finance restorative seminars for surviving victims.