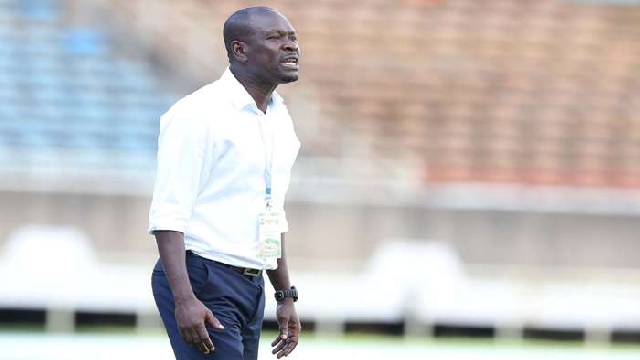 Appointed head coach of the West Africans in January, Akonnor has had to wait until earlier this month to lead the team into action due to the disruption of the international match calendar by the coronavirus pandemic disruptions.

It was definitely not a good start for the former Wolfsburg captain as Ghana succumbed to a 3-0 defeat to Mali in a friendly fixture in Turkey. Three days later, the Black Stars bounced back with a resounding 5-1 triumph over Asian champions and 2022 World Cup hosts Qatar in a second friendly tie.

“We are here to fix the fundamentals and to get it right. When we get it right we will be very competitive,” Okraku said, as reported by Citisports.

“Once that happens soon the big trophies will start to land via the Kotoka International Airport once again.

“We are very positive and given the support that the entire country has offered us we will be able to bring that target of envy [Afcon title] one more time.

“The Black Stars are on the hearts of everybody and you see clearly from his first two call-ups that he is a deep thinker.

“He is bringing in quality and it’s just a matter of time this team will start to gel and we will be competitive and interesting again.

“It’s been a long time the Black Stars played interesting and entertaining football.”

The October friendlies are part of Ghana’s preparations for the upcoming 2022 Africa Cup of Nations (Afcon) qualifying double-header against Sudan in November.

The Black Stars are looking to consolidate their spot on top of their qualifying group, having beaten South Africa and Sao Tome and Principe for a flying start to the series in November last year.

Akonnor has been tasked to not only qualify Ghana for the 2022 World Cup but also to guide the team to win the Afcon tournament in Cameroon.

Ghana have been searching for an elusive fifth title since ruling the continent in Libya in 1982.