‘Others have to run so Messi can be world’s best’ 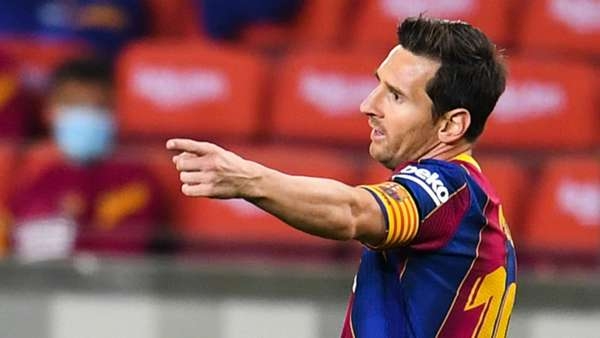 The Blaugrana boss is aware that in order to get a talismanic presence performing at the peak of his powers, those around him have to work ever harder

Ronald Koeman concedes that other members of his Barcelona side need to do “a lot of running” so that Lionel Messi can be “the best player in the world”.

A mercurial Argentine forward offers plenty to the collective cause at Camp Nou.

His game is, however, all about end product in the final third of the field, with there little value to be found in asking him to help carry a defensive burden.

Messi is given freedom to express himself each and every time he takes to the field, with various managers for club and country having allowed him to drift in and out of games.

That approach has delivered rich rewards, with a six-time Ballon d’Or winner collecting countless major honours, but his presence in any given team does have to be catered to.

Koeman accepts as much, with a man who inherited Barcelona’s managerial reins over the summer telling UEFA’s official website of his tactical blueprint: “Sometimes coaches will make it too difficult.

“It’s still 11 against 11; you need good organisation in a team. You need to approach the individual qualities of the players.

“We have Messi in the team, and the rest, they need to do a lot of work, a lot of running, because then Messi can still be the best player in the world. And that means every player playing in their position, playing to the qualities of the player.”

Koeman added on working with Messi, who has been convinced to stay on in Catalunya after shelving plans to push for a move elsewhere: “I’ve now been working with Leo and the team for almost three weeks.

“I see, from the beginning, the big qualities he has as a player. Also, his commitment to the team in trying to do good pressing up front.

“He’s the best because he is so easy on the pitch, but he’s very intelligent. He sees the best solutions in the game really fast. To see it is one [thing], but to do it is another.”

Another of those that Koeman is hoping to bring the best out of during his time in Barca’s hot seat is fellow Dutchman Frenkie de Jong, with the 23-year-old midfielder still searching for the spark in Spain that made him such a hot prospect at Ajax.

“He sees all the situations on the pitch, he always makes the right decision, and the most important [thing] for me is to put him in the right position in the team.

“Last season, he didn’t play in his [best] position. Then it’s always difficult for a young player who comes to Barcelona; it’s a big change in the language, how they live, how they train.

“But I will give him that support now to leave him in his best position, but there’s no question about the qualities of the player.”

Barcelona, who suffered a shock 1-0 defeat to Getafe in La Liga on Saturday, will be back in action on Tuesday when they open their 2020-21 Champions League campaign at home to Ferencvaros.