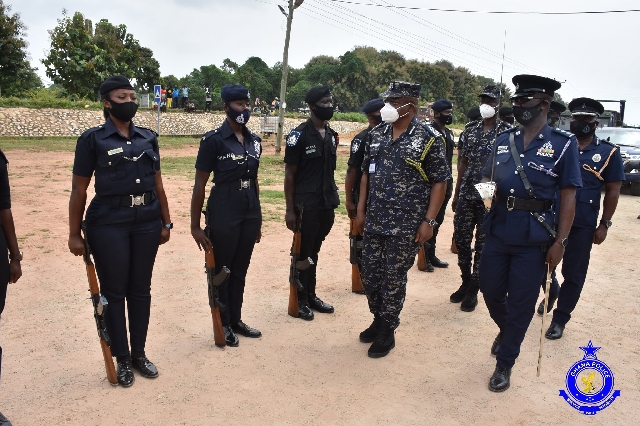 The Inspector-General of Police, Mr James Oppong-Boanuh, has assured the chiefs and people of the Oti Region of an increase in police strength in the region.

He said this when he paid separate visits to the chief of Dambai and Nifahene of Choke Traditional Area, Nana Kwaku Beyennor II and Oti Regional Minister Kwasi Owusu Yeboah, as part of an engagement with major stakeholders in the region.

While both Nananom and the Regional Minister commended the police in the region for their work and conduct, they also requested that the number of the law enforcers be beefed up.

Mr Yeboah also appealed to the IGP to set up special operations units for rapid response and marine operations in the region, to which the IGP responded positively.

Mr Oppong-Boanuh, who was also in the region to inspect the operational capabilities and readiness of the Regional Police Command as far as the December election is concerned, charged the personnel at a durbar of police officers at Dambai to use all lawful means to arrest perpetrators of crime promptly but advised that where the immediate arrest is not possible due to the circumstances, the perpetrators must be arrested to face the law in the least opportune time.

The durbar also discussed other matters, including the welfare of police personnel.