Our manifesto women-, people-centred; support us – Opoku-Agyemang to women 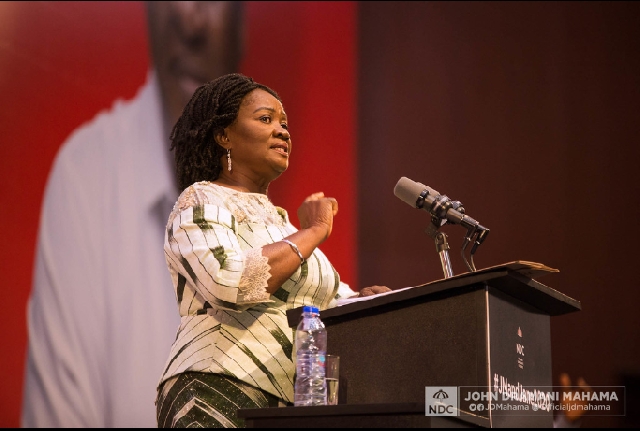 Prof Opoku-Agyemang made the call during a campaign tour at Kwasiadukrom in the Bodi Constituency of the Western Region on Thursday, 3 September 2020.

Former President John Mahama’s running mate noted that mainstream governance must be centred on the will of the people and indicated that the NDC’s manifesto, which is scheduled to be launched on Monday, 7 September 2020, is people-centred.

Prof Opoku-Agyeman said: “We must make sure the exact cries of the people are incorporated into policy documents to ensure the people benefit directly.”

She emphasised that the NDC ‘s manifesto will address the direct needs of the people toward national development, suggesting that ‘The Big Push’ agenda in the yet-to-be-launched manifesto, when implemented, will ensure job creation for many people.

She further noted that the youth will be given hands-on skills training while projects began under the erstwhile Mahama-led administration that have been abandoned by the current NPP government, will also be completed.

She added: “This is our time, as women, and we must take advantage of the opportunity.