Our questions were for clarification of the issues – Supreme Court 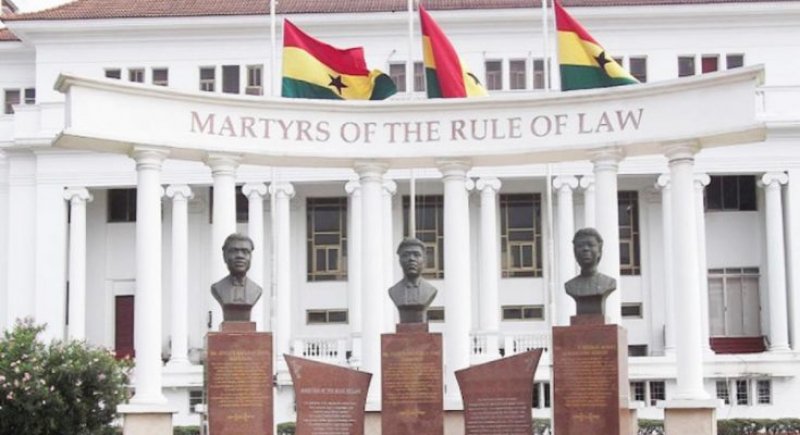 Mr Tsatu Tsikata, Counsel for the Petitioner in the Election 2020 Petition trial, on Tuesday said the Supreme Court was harassing Dr Michael Kpessa Whyte, the second witness of the Petitioner.

Justice Yaw Apau, a member of the panel, wanted to find out from the witness if by leaving the Strong Room of the Electoral Commission he helped the course of the Petitioner.

“You did not help the course of the Petitioner by leaving the strong room of the EC,” he said.

Mr Tsikata, however, vehemently opposed the question, saying: “The Supreme Court is harassing the witness.”

According to Mr Tiskata, Justice Apau, who asked the question, was entitled to his opinion.

Justice Apau, however, asked Mr Tsikata in what way his questioning was a harassment of the witness.

He said the panel only wanted to understand the issues hence the questioning.

In furtherance of the same issue more of the judges asked the witness why both agents of the Petitioner should leave the EC’s strong room.

They further wanted to ascertain whether Dr Kpessa Whyte had any training before taking up the responsibility as the Petitioner’s agent in the EC strong room, and whether they, as agents, were to take instructions from the EC Boss.

Dr Whyte, under cross examination by Justine Amenuvor, Counsel for the EC, denied that because Mr Mahama was losing the 2020 election, he and Roojo Mettle-Nunoo, both agents of the Petitioner, decided to leave the strong room.

The second witness stated that he and Mr Mettle-Nunoo left the strong room because the Chairperson of the EC had “asked” or “Instructed” them to do so.

The Supreme Court then drew the witness’ attention to the fact that there was a difference in the words “asked” and “instructed”.

Dr Whyte admitted that he did not personally talk to the EC Boss but got the information from Mr Mettle-Nunoo.

He said they had complained to the EC Boss about some irregularities with some of the results from the regions.

“We never walked or melted away. When we complained about the irregularities, the EC Chairperson asked us to go and see the petitioner and discuss with him the way forward.”

“We acted in good faith but we were deceived by the EC Boss when she instructed us to leave. And as soon as we left, she went upstairs of the EC offices to announce the results of the elections,” he said.

Dr Whyte said he had no reason to lie to the Court that the EC Chairperson asked them to consult their flagbearer over the irregularities.

Additionally, the witness denied that they concocted that story about the EC to the petitioner.

Witness told the Court that as at the time he and Mr Mettle-Nunoo were leaving the EC offices, the results at the strong room was not close to the “declaration of the winner of the elections.”

The witness admitted that on December 9, 2020, he granted an interview to an Accra-based radio station in which he alleged that there were 390,000 extra ballots from the Ashanti Region.

Witness, who said it was his first time in the EC’s strong room, noted that he recalled during the interview that he told a journalist about some pink sheets from the region tallying with those in the EC strong room while others did not.

He admitted that Mr Mettle-Nunoo earlier signed some of the results, which were tallied by the EC.

Witness admitted that although Mr Mettle-Nuoon signed for over 12 regions, he “signed in error.”

Dr Whyte said they informed other stakeholders present that they were leaving the strong room and would return after a meeting with the Petitioner.

The witness said he personally left his car on the EC premises as well as computers and calculators in the strong room.

When asked why they did not call the Petitioner on phone, the witness said his phone battery was dead.

“When we returned to the EC’s strong room, we found the place deserted,” he told the Court.

Witness said they were not interested in the winner of Election 2020 but wanted to ensure that the “results of the polls were a true reflection of the will of the people.”

In a cross examination by Mr Akoto Ampaw, Counsel for the second respondent, Nana Addo Dankwa Akufo Addo, Dr Whyte said he was aware that the EC Chairperson had no power to instruct him and Mr Mettle-Nunoo.

The witness denied that he and Mr Mettle-Nunoo left the Strong room on their own volition.

He said the “weight” of the matter to be discussed with the Petitioner required that they both left the strong room.

Dr Whyte was discharged by the court after his cross examination.

Sitting has been adjourned to February 3.

The Petitioner had filed two witness statements of Mr Johnson Asiedu Nketia and Dr Whyte in the Election 2020 Petition trial.

Mr Mahama had petitioned the Apex Court challenging the validity of the winner of Election 2020.
The Petitioner is also accusing the EC of vote padding.