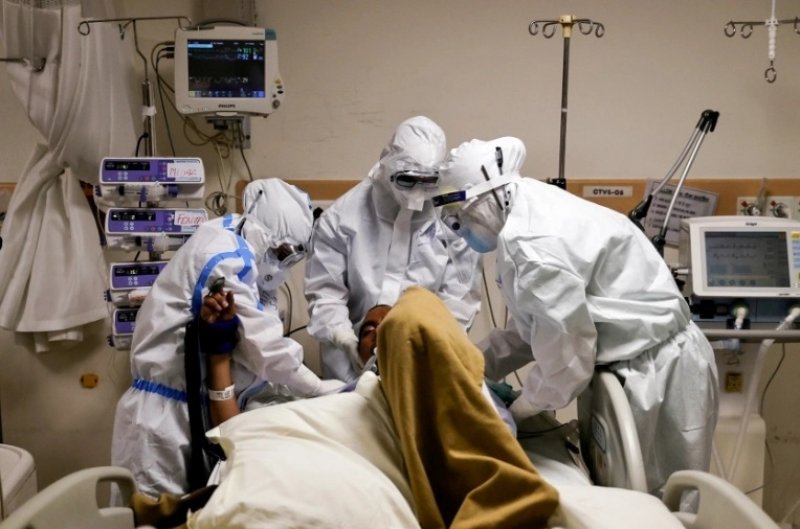 Pakistan on Saturday reported a record number of daily deaths amid a surge of new coronavirus infections that are choking hospitals and putting pressure on oxygen supplies.

The South Asian country recorded 157 deaths within the last 24 hours, the highest tally since the pandemic first hit the country.

Pakistan has so far recorded 790,016 cases and 16,999 deaths in total, according to the Ministry of Health. The number of critical care patients stands at 4,682, also all time high.

“The actual number of coronavirus-related deaths is bigger than what is being reported,” Qaiser Sajjad, the secretary general for the Pakistan Medical Association, told dpa.

Sajjad said that those who die out of hospitals were not being reported while many families conceal the cause of death in order to have a normal funeral for their loved ones.

The new surge is overwhelming clinics across the country and in the capital, where the city’s major hospital announced it was unable to accommodate more Covid-19 patients.

Meanwhile, suppliers of oxygen warned authorities of extreme shortages in the country due to the surge, saying production had hit its maximum capacity, Geo News reported.

The health system of neighbouring India is also buckling under the strain of patients in intensive care units, with widespread reports from hospitals of oxygen supplies running dangerously low.

Pakistan started its vaccination campaign in February but only around 1.5 million people – out of a population of 216 million – have been vaccinated so far, and restrictions are barely followed.

On Friday, the government called in the military to enforce the rules.