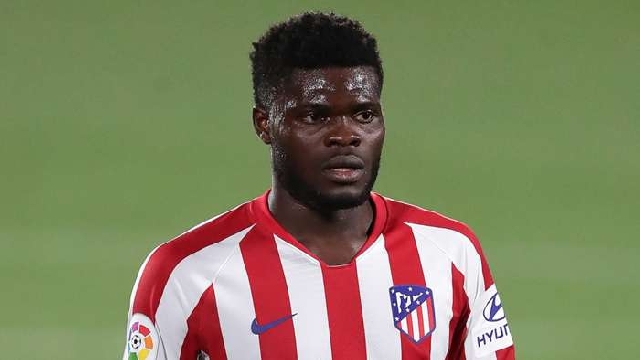 Former African Footballer of the Year winner Karim Abdul Razak believes compatriot Thomas Teye Partey has what it takes to become the next Ghanaian to earn the coveted continental honour.

It has been a series of disappointments for Ghana since former Olympique Marseille playmaker Abedi Ayew Pele consecutively won the award from 1991 to 1993.

Atletico Madrid midfielder Partey is arguably Ghana’s most prominent active player at the moment and has been tipped to break the now 27-year-long jinx.

“One name that comes up Thomas Partey, he’s trying his best, one day he may win it, [African Footballer of the Year award],” Razak told Citi Sports on the subject.

“He is playing at the highest level with Atletico Madrid.

“In Spanish football after Barcelona and [Real] Madrid, there is Atletico and he is a regular and he plays in the Champions League.”

Partey, who has been highly linked to Arsenal, has only made the preliminary shortlist of players for the award so far in his career.

After Ghana and Hearts of Oak’s Adolf Armah lost out to N’Kono in 1979 and Kotoko’s Opoku Nti was beaten by Egypt’s Mahmoud El Khatib in 1983, there was no Ghanaian presence among the top three again until in 1991 where Abedi Ayew clinched the accolade. The Marseille man went on to win it again in 1992 and 1993.

In 2001, Kuffour came second yet again, this time losing out to Senegal playmaker El-Hadji Diouf despite helping the Bavarians win the Champions League.

Andre Ayew, son of Abedi, came into close contention in 2011 and 2015 but could only place third on both occasions. That was the last time a Ghanaian made the top three.