Pato: From breaking Pele’s records to being unemployed at 31 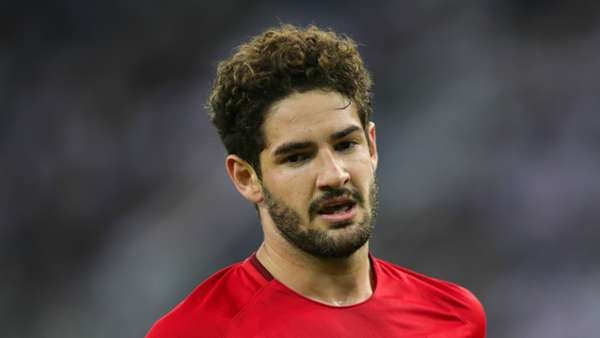 The Brazilian attacker enjoyed a fairytale start to his career but its closing stages have been considerably less successful.

For those wondering where Alexandre Pato is currently playing, the short answer for now is nowhere.

Having only just turned 31, Pato has been a free agent since August when Sao Paulo agreed to terminate his contract. Despite the coronavirus pandemic making clubs more likely to take up free agents, none has yet come calling for the Brazilian forward.

Pato’s current situation is a far cry from how his career began, when everything he touched turned to gold.

As a confident 17-year-old, Pato quickly turned heads when he beat Pele’s record to become the youngest goalscorer in a FIFA-organised competition while playing for Internacional.

Despite his young age, he didn’t take long to step up and help Inter lift the Club World Cup in 2006.

His fast start continued at international level too as he scored within seconds of his debut for Brazil in 2008 – beating another Pele record for quickest goal on full debut for the Selecao.

By this time, Pato had secured a €24 million ($28m / £22m) move to AC Milan where he scored on his Serie A debut against Napoli. By the end of the 2008-09 season, the striker’s 18 goals in all competitions made him the club’s highest goalscorer that campaign at the age of just 19.

Already a star in Italy, Pato then attracted attention across Europe in October 2009 when he scored a Champions League brace against Real Madrid in a memorable 3-2 win.

But just as the young sensation began to shine brightest, his body would betray him with a series of injuries seeing him go from Serie A’s Young Football of the Year in 2009 to the competition’s most disappointing in 2012 when he was handed the satirical and now defunct Bidone d’oro award.

“A small injury eventually became a very big thing. I lost faith, I felt a little lonely because they blamed me,” Pato told Gazzetta recently about his Milan struggles.

In early 2013, the out-of-form marksman headed back to Brazil as he secured a deal with Corinthians. While he played regularly for the first time in two years, Pato showed some real rust in front of goal and was initially slammed by fans for his poor performances.

The following year, he was shipped out on loan to Sao Paulo where his solid return of 38 goals across two years convinced Chelsea to sign him temporarily in early 2016.

Despite scoring on his Premier League debut, Pato failed to secure game time at Chelsea and departed the club six months later with just two appearances to his name.

Still not wanted back at Corinthians, Villarreal agreed to a permanent deal for Pato but paid just over a tenth of what AC Milan had forked out for him nine years prior.

Managing just six goals across the 2016-17 season, the Liga side jumped at the chance to make a handsome profit when Chinese side Tianjin Quanjian willingly paid €18m ($21m / £17m) for his services.

While he had struggled to make an impact in Europe, Pato managed to score freely in Asia and struck 36 times across two seasons with Tianjin.

“These two years in China were full of happy moments with my team-mates and full of new experiences. I am quite sure that China made me grow up as a man,” Pato posted on Weibo in 2019.

“I visited new cities and places, I learned a different culture and habits of this great country. I helped my team, with my goals and my football, to reach the Asian Champions League for the first time in the club’s history.”

In early 2019, Pato then sealed a return to Sao Paulo but nine goals across 34 appearances meant the reunion was mutually ended in August this year.

Despite being just 31, Pato has struggled to land a club in the months since, though rumours of a possible return to Italy in the near future continue to swirl, with the player eager to secure a fairytale ending to a career that has failed to live up to its early hype.

“I would like to go back to Europe,” Pato told Gazzetta in April. “At Milan, it would be really nice.”