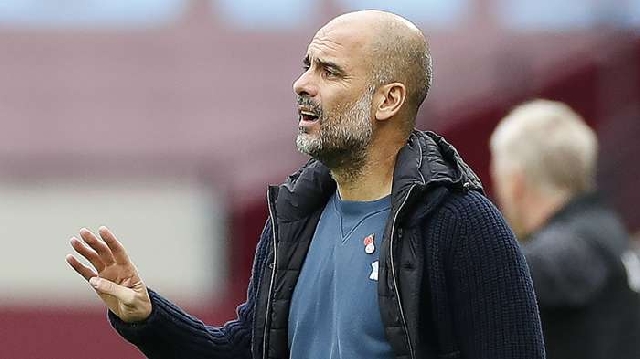 After a 1-1 draw away to West Ham, the Blues have taken just eight points from their opening five Premier League games

Pep Guardiola has made his worst ever start as a manager but says he is not complaining about the illnesses and injuries that have disrupted Manchester City‘s start to the season.

City have now just taken eight points from their opening five matches following their 1-1 draw with West Ham in what is also City’s slowest start since Manuel Pellegrini’s second season in 2014-15.

Only five outfield players from his squad have been available for every game since the start of the season and Sergio Aguero, who has missed four months with a knee injury, is set for another spell on the sidelines after picking up a hamstring injury.

“I would prefer to have results but also have to analyse the start and where we are,” Guardiola said.

“We have struggled for the many injuries, for the lack of preparation, and no recovery time between the games – the incredible tough games we played so far.

“The players gave absolutely everything on the pitch, they fought today and they were incredibly tired at the end so now we are just thinking about recovering and the next game in the Champions League.”

City travelled to the London Stadium without Aymeric Laporte, Gabriel Jesus and Fernandinho while Kevin De Bruyne and Oleksandr Zinchenko were only fit enough for the bench.

Guardiola has been frustrated by a lack of preparation after a short pre-season as a result of the COVID-19 pandemic but says he is not looking for sympathy.

“The games we play with the bench, with one or two from the Academy, of course there is plenty of quality – I am not complaining about that,” he added.

“I could complain about the first goal for West Ham but I didn’t say anything.

“The reality is we struggled with just one or two weeks of preparation with four or five guys with Covid and we need time. We don’t have enough regeneration for the players.

“Our striker [Jesus] was injured in the first game against Wolves. Sergio came back after four months, Kevin was injured, Gundogan it was the first time he could play 90 minutes – we have had plenty.

“To play four competitions and every three days, you need all the squad. If you don’t have all the squad it is more difficult.