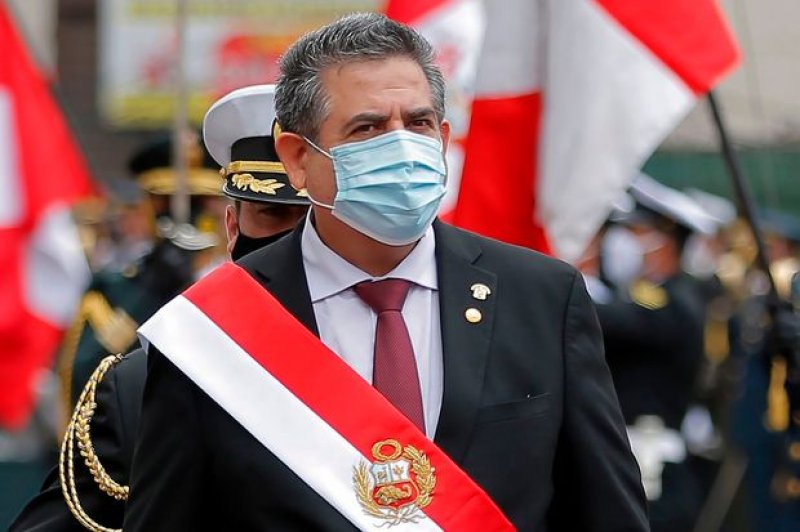 Peruvian President, Manuel Merino, presented his resignation on Sunday amid protests that broke out across the country after he assumed the presidency on Tuesday, following the removal of former President, Martin Vizcarra.

“I want to inform the entire country that I presented my irrevocable resignation … and I invoke peace and unity of all Peruvians,” Merino said in a televised address to the nation.

He made the announcement after the Peruvian Congress held a crisis session on Sunday and asked him to resign amid the social protests, which have left at least two people dead, according to local media reports.

“Nothing justifies that a legitimate protest should trigger the deaths of Peruvians,” Merino said, adding that “these events should be thoroughly investigated by the corresponding authorities to determine all responsibilities.”

“My commitment is to Peru and I will do my best to guarantee the constitutional succession that Congress determines,” he said.

Merino became the third President of Peru to serve during the 2016-2021 presidential term, following Pedro Pablo Kuczynski and Martin Vizcarra.

Prior to Merino’s announcement, Luis Valdez, Peru’s President of Congress, announced that the Legislative Board of Directors would be renewed to begin the process of choosing a new President.

Members of the Purple Party, who largely voted against Vizcarra’s removal, presented a proposal to return Vizcarra to office.

“Mr. Vizcarra and his cabinet will resume their positions immediately to continue with the efforts against the pandemic and the economic crisis. We Peruvians cannot wait,” the party’s proposal stated.

Vizcarra said on Sunday that “a big step has been taken to restore democracy in our country,” which has been mired in protests in recent days.

“The resignation of Mr. Merino is a step; but it does not solve the problem, because the call that all of Peru has made is not for Mr. Merino to step aside, but to recover democracy in our country,” Vizcarra told the press.