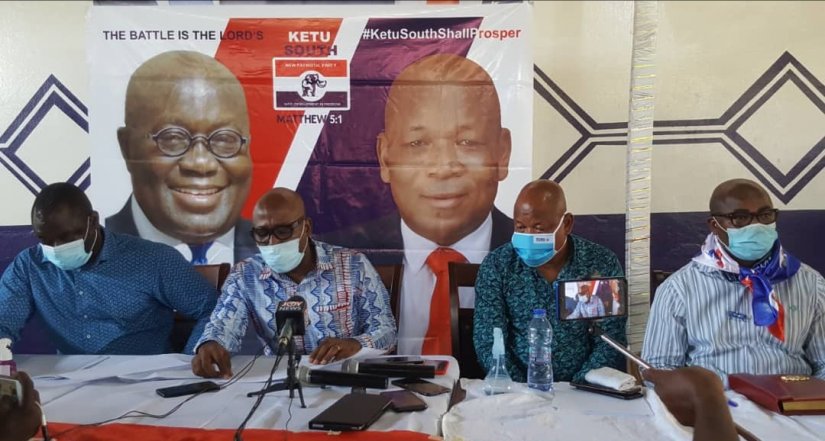 Aflao (VR), Aug. 3, GNA – The Volta Regional Secretariat of the ruling New Patriotic Party (NPP) on Monday called on the people of the region, especially those in the diaspora, to disregard claims of insecurity, intimidation and harassment of citizens in the ongoing mass registration exercise.

The party said the registration exercise had so far been peaceful, orderly and without ugly incidents except for insignificant and isolated cases.

Mr Makafui Kofi Woanyah, the Regional Chairman of the NPP addressing the media on behalf of the party in the Ketu South Municipality, said such claims were nothing but an all-time trick to get the people of the region to side with the NDC.

“It’s their strategy for soliciting funds and undeserved sympathy. Whipping up tribal sentiments and emotions of Voltarians during registration periods and voting was an old trick and stock in trade of the NDC.”

He described the claims as “ugly noises, tribal tirades and dirty propaganda” launched against the government by the opposition National Democratic Congress (NDC).

Mr Woanyah advised the NDC that instead of engaging in propaganda, it was time for them to account to the people regarding development projects they brought to the region during the eight years under former President John Mahama as reasons why the people should vote him back to power.

He said the deployment of security services in border regions across the country, including Volta Region and particularly Ketu South, was meant to enforce the border closure directive to help the COVID-19 fight and that such claims were negatively impacting the performance of the officers.

“We regret the security services yielded to the noise and dirty propaganda of the NDC and relaxed their legitimate duties and left the borders almost open to illegal immigrants and registration contractors some of whom are currently in police custody.

The Regional NPP Chairman questioned what he termed NDC’s determination to sacrifice the country’s security and patriotism to mobilise non-nationals to participate in “our internal politics” and warned, the use of tribal and ethnic politics by the NDC to achieve its purpose was a “very dangerous trend that must be addressed before it blows in our face.”