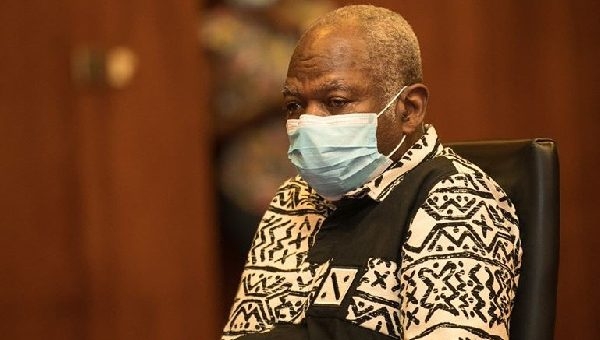 Dr Edward Mahama is the leader of the PNC

A member of the National Congress Committee of the People’s National Convention (PNC), Mr Suleman Seidu, has urged the media and the public to “put into the dustbin”, the 26 September 2020 date set by the party’s five-time flagbearer and leader Dr Edward Mahama, for its national Congress at which a flagbearer and national executives will be elected, insisting that the National Executive Council’s earlier announced date of 19 September 2020 for the Congress, stands.

Mr Seidu told Accra100.5FM’s Asonaba Kojo Numafo Duku in an interview on the Accra mid-day news on Friday, 21 August 2020 that all members of the party and aspirants must ignore Dr Mahama and the National Women’s Organiser of the PNC, Janet Nabla, who, he said, have teamed up to create confusion in the party.

Also, the youth wing of the party said in a statement signed by its National Youth Organiser Awudu Ishaq that it is “scandalised by the unnecessary tussle over the date of the all-important National Congress of the party to elect the presidential candidate and national executives going into the 2020 elections”.

It said just a few days ago, “we were energised by the decision of the National Executive Committee to put in place some modalities for the hosting of regional conferences and the national Congress to chart a new path for the party”.

These decisions, the youth wing said: “Were arrived at following a very successful and well-attended National Executive Committee meeting in Accra on Tuesday, 18 August 2020”.

“As the body clothed with the constitutional mandate to appoint a Congress Planning Committee to see to all preparations and activities related to the National Congress, we are shocked to have woken up to a statement purported to be coming from the immediate past presidential candidate of the party, HE Dr Edward Mahama, which contradicts the earlier decision by NEC”, the statement from the youth wing said.

It added that there can be “no controversy about which decision reigns, as the constitution of the PNC, in Article 44 (b) states: ‘NEC shall be responsible for making appropriate preparations for the meetings of the National Delegates’ Congress of the party, including the business to be discussed at such meetings, and it shall appoint a Congress Committee that will run affairs leading up to and including the National Congress itself’.

“As we are surprised by the attempts of Dr Edward Mahama and his clique to usurp the powers of NEC, we are, by this statement, affirming our unalloyed support for the modalities set out by NEC at its meeting on the 18th of August 2020 and we call on all supporters and executives of the party to stick to the NEC decision and work assiduously to enable the party to put itself in pole position for the election”, the youth wing said.

It noted that: “We equally call on the media to disregard any further publications that contradict the 19 September 2020 Congress date as proposed by NEC”.

“We have not lost sight of the subtle attempts by Dr Edward Mahama to go down with the PNC, as he is about to end his political career.

“But we can assure the rank and file of the party that the PNC shall not die with the exit of Dr Edward Mahama, as it did not die with the unfortunate demise of our veritable and distinguished founder Dr Hilla Liman.

“We, therefore, call on all regional and constituency executives to rise up in defence of the soul of the PNC, which is under siege, by adding their voices for us to save the party from the destructive path Dr Edward Mahama seems to have chosen”, the youth wing said.