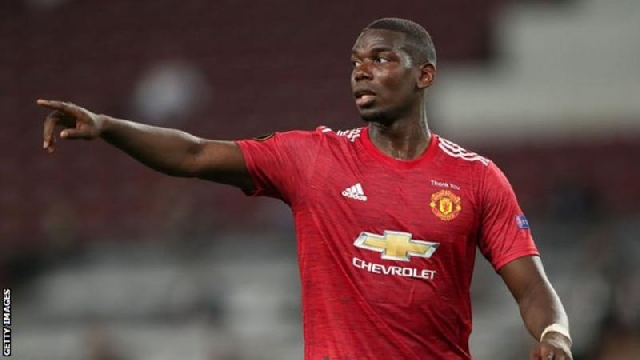 Midfielder Paul Pogba is a doubt for Manchester United’s first Premier League game of the new season against Crystal Palace on 19 September.

Manager Ole Gunnar Solskjaer said Pogba has returned to training but is not certain to feature against Palace.

“Paul’s lost out on a few sessions because of the virus,” Solskjaer told MUTV.

“He is quick to get fit and hopefully he’ll be ready for next weekend. I am not 100% sure though.”

Pogba missed much of last season with injury before returning after the Premier League’s restart to play a key role in Solskjaer’s side.

United do not play on the opening weekend of the 2020-21 campaign because of their participation in the 2019-20 Europa League in August.