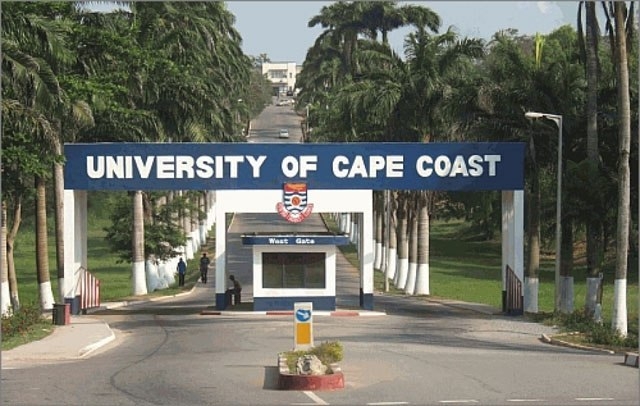 The Coalition of Concerned Teacher Trainees has appealed to the management of the University of Cape Coast (UCC) to postpone the date for the commencement of the end of semester examinations to enable them prepare adequately for the papers.

The appeal by the coalition follows what it describes as an ineffective virtual learning system since schools closed down in March 2020 following the outbreak of the COVID-19 pandemic.

According to the Coalition: “Teacher trainees in this country are being treated like paupers; with utmost disrespect and disregard. It is no surprise when you look at how even trained and graduate teachers are treated as well.”

The Coalition said: “The shambolic treatment teacher trainees are receiving this time around is not from the government but heads of the forty-six teacher training colleges in the country – UCC and PRINCOF to be exact.

“It is no news that all schools were locked down when the country recorded its first two COVID-19 cases. The president ordered the closure of all schools at all levels on the 15th of March, a day before colleges all over the country were to resume for the second semester. As a result, the various colleges resorted to the virtual learning process. Other traditional universities in the country resorted to the same process of teaching and learning.”

The Coalition continued that: “The virtual learning process was not very effective for teacher trainees. Students had to find their own means of acquiring bandwidth (data) for the lectures and others did not even have smartphones to take part in the virtual learning. Some toiled and others borrowed monies to be able to get a smartphone to partake in these classes. Some students in very remote areas who have very poor internet connections were also at a disadvantage.

“We complained and we were not listened to. Despite all these challenges the virtual learning was still being practiced. Sometimes you go online and you see between fifty to sixty out of over two hundred students online. The rest have technically missed that class, with no fault of theirs. We were told we were going to take our semester quiz online; we did that without complaining. We were flabbergasted and outraged when UCC put out plans for examination.

“They told us we were to report to campus on August 31st, revise for a week and take the semester exams on September 9th. How does UCC expect students who learnt very little online come revise for just a week and sit for examination for eight courses? This is absurd; it is a formula generated directly or indirectly to fail teacher trainees. How can you expect a student who had poor network in his area or the one who had no smartphone and, therefore, learned little to come to revise for a week and sit for exams? It is very inconsiderate and wrong.

The coalition emphasised that “The date for the exams is not going to help students. There’s also the issue of UCC wanting us to pay GHS400.00 as examination fee. We pay same amount every semester on campus. It covers our two quizzes and semester exams on campus. This is the case where we had our quizzes online; why then are we being made to pay the same GHS400.00 for exams? This is robbery.”

On the issue of PRINCOF, which is the association of Principals of the various Colleges of Education in the country, the Coalition stated that: “As teacher trainees, there’s a monthly allowance we receive from the government for the four months we stay on campus. We’re paid Ghc400.00 per month. Out of this, students receive GHS200.00 and the college receives GHS196.00 as feeding grant for students on campus. The remaining goes to TTAG (Teacher Trainees Association of Ghana) as dues.

“The government has paid the allowance for the semester to our colleges. Since we’ve been home since the pandemic and not on campus to be fed, we’re technically entitled to GHS200.00 plus the GHS196.00 feeding grant. That is GHS396.00 in total. PRINCOF has, however, blatantly refused to disburse to students the feeding component of the allowance. They said they stocked up on foodstuffs before schools were closed down by the president.”

However, the coalition noted that PRINCOF could not “possibly have bought foodstuffs for the four months students were to stay on campus. Students have been paid just the basic GHS200.00 and have been told they won’t be paid the GHS196.00 feeding grant. GHS196.00 times four months is GHS784.00. The colleges want to keep every student’s GHS784.00. Multiply that by the number of teacher trainees in the forty-six colleges in the country.”

The Coalition indicated that it feels its members are “being cheated.”

Also, according to information available to the Coalition, “level 100 students of colleges of education who are taking their exams online have been asked by the colleges to pay an examination fee of GHS400.00.”

It wondered why students “who are taking exams online and not on campus are being asked to pay such a huge sum for exams?”

The coalition is, therefore, calling on the management of UCC to extend “the date for examination to aid students prepare well from August 31st” when they report to their various campuses as the “one week for revision will not help anyone in any way.”

The Coalition further called on PRINCOF to “pay teacher trainees the GHS196.00 feeding component of the allowance because it is technically ours” and for the authorities at colleges of education “to halt exploiting level 100 students. Paying GHS400.00 for exams taken online is preposterous.”

“The college system in this country is heading towards armageddon. The signs have been apparent for some time but it’s so obvious now,” the statement indicated.

It added that: “Teacher trainees are not puppets; we demand to be treated with the exact respect and seriousness as our colleagues from the traditional universities.”