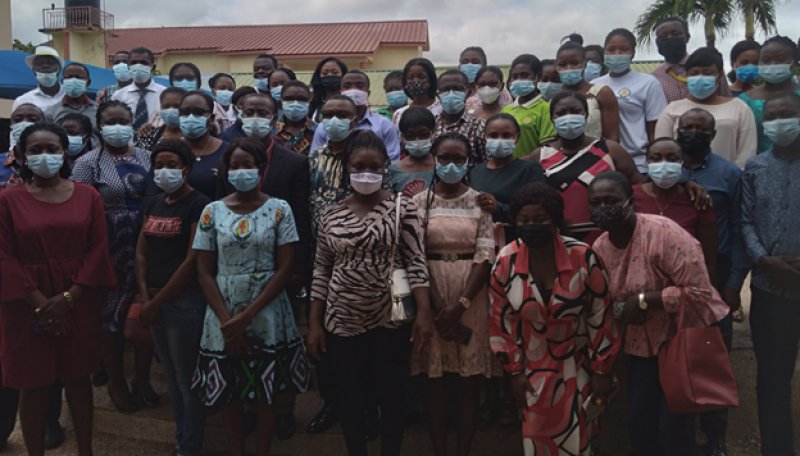 The United Nations Children’s Fund (UNICEF) is supporting the Ghana Health Service (GHS) to sensitise the public on the dangers of Lead poisoning and its prevention in some selected Municipalities in the Ashanti Region.

The campaign dubbed, “UNICEF/GHS Communication for Development (C4D) – Lead Poisoning Prevention”, seeks to draw the attention of the public to the harmful effects of lead to the human body with the ultimate goal of reducing its exposure to humans.

The campaign is therefore being implemented in the Kumasi Metro, Afigya Kwabre South, Suame, Asokore Mampong, Old Tafo and Asokwa Municipalities which have been identified as areas where activities involving the use of Lead in the Region are rampant, to limit its effects on the population.

As part of the strategies to reach-out to residents in the beneficiary municipalities at the community level, the Regional Health Directorate has held training for Health Promotion Officers, Community Health Nurses and Environmental Health Officers in the selected municipalities.

The aim of the training was to equip the participants with information on the effects of Lead and the need for people to limit their exposure.

Dr. Michael Rockson Adjei, the Deputy Director in Charge of Public Health, said Lead was previously found in older paints and leaded fuels but was mostly in imported canned foods, jewelleries and some products used in home remedies.

He said the one from paints may also contaminate household dust and nearby soil and stressed the need for the public to pay attention to homes that had cracked and peeling old lead paint on their walls.

Ingestion of Lead paint, inhalation of Lead dust or fumes, according to him, was a major source for children.

He said children living in older houses, pregnant women and developing fetuses and workers in Lead-related occupations were mostly at risk of its exposure.

Absorption of lead in children, he noted, was about 70 percent as compared to 20 percent in adults, saying that children had multiple routes of absorption including the skin and lungs.

“Lead is stored for long periods in mineralizing tissue such as teeth, bones and can be released again into the bloodstream from these sources during times of bodily stress such as pregnancy, breastfeeding, calcium deficiency and osteoporosis,” Dr. Adjei cautioned.

He advocated wet-cleaning of all surfaces, especially windowsills at least once every week and the washing of children’s hands frequently.

He said nutritious diets helped prevent lead absorption in the bodies of children and counselled parents to prepare meals that were high in iron and calcium.