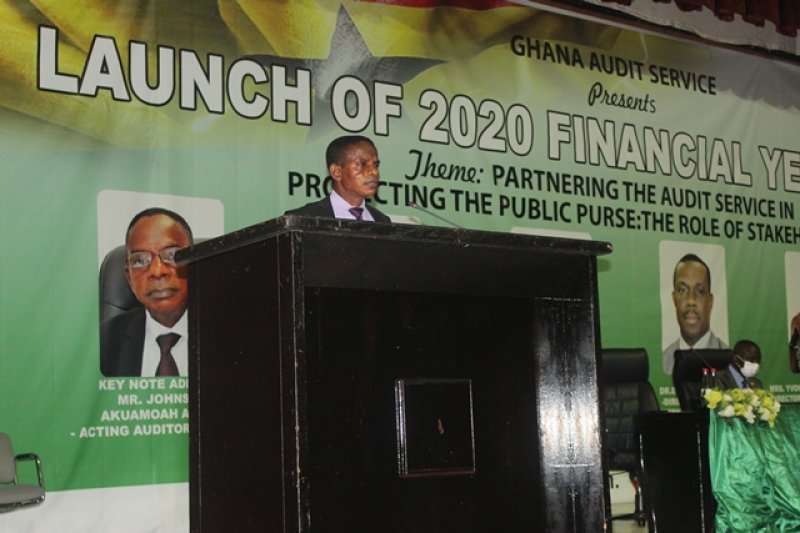 Mr Johnson Akuamoah Asiedu, the Acting Auditor-General, has urged the public to volunteer information on financial malfeasance in public institutions to the office through the “Citizen Eye Application” for prompt follow-up.

He said the application would enable citizens to report, directly, any suspected cases of financial infractions, poor service delivery, and other identified acts of corruption in public institutions to the Auditor General’s office.

The platform, an initiative of the Ghana Audit Service, was developed under the auspices of the German Development Cooperation.

It aimed at enabling and empowering citizens to report or speak out against corruption while protecting the whistle blower’s identity.

Mr Asiedu said this at the launch of the 2020 Financial Year Audits in Accra on the theme: “Partnering the Audit Service in Protecting the Public Purse: The Role of Stakeholders”.

He said the Service would audit 4,300 public organisations and 51 Missions abroad to ensure value for money and accountability in public institutions.

The Service would focus on both the sources of revenue and expenditure of public institutions, he said, adding: “We will trace every cedi from its source and ensure it is accounted for”.

Mr Asiedu stated that auditing was about establishing the facts and not based on perceptions and assumptions, and urged auditors not to focus on personality but be professional in the discharge of their duties.

“Auditors must avoid auditing close or family relations to avoid any conflict of interest, which will affect their operations,” he said.

Meanwhile Mr Asiedu has appealed to all institutions to continue to adhere to the safety protocols prescribed by the World Health Organization and the Ghana Health Service on COVID-19 prevention.

He said even though the country was working to contain the pandemic, the Service would visit the institutions to perform its constitutional duties and called for cooperation for the success of their work.

The Service would name and shame any individual or institution that failed to fill the Asset Declaration forms and other infractions that impede its smooth operations, he said.

Dr James Klutse Avedzi, the former Chairman of the Public Accounts Committee of Parliament, called on government to properly resource all organisations mandated to protect the state’s purse to perform well.

He said the inability to resource those institutions had affected their performance thereby engaging in financial misappropriation in executing their responsibilities.

Dr Avedzi called for the protection of the Auditor-General’s office from any form of interference to perform in an efficient and effective manner.