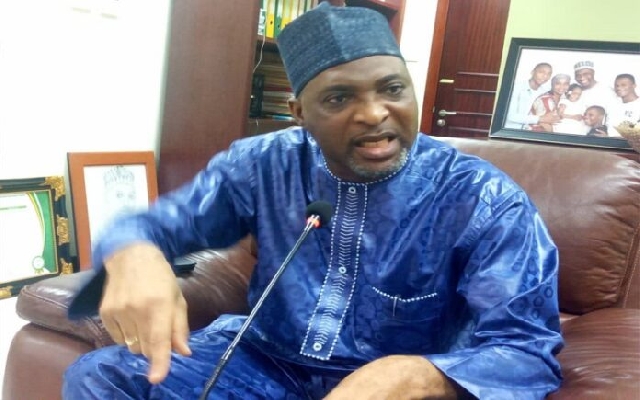 The Member of Parliament for the Asawase constituency in the Ashanti region, Muntaka Mubarak, has called on the electorate in the region to punish the governing New Patriotic Party (NPP) by voting it out of power because the party, in his view, failed to develop the region despite being its stronghold.

He said there is no single road in the Asawase constituency that the current government is constructing.

Mr Muntaka said the governing NPP is struggling to even construct main roads in the Ashanti region despite the huge loans it has borrowed in the past four years that it has been in power.

President Nana Akufo-Addo, the MP said, has not done any significant development project in the region.

He wants residents in the region to ask the President what he has done for them since he assumed office.

Mr Muntaka said the region, being the stronghold of the governing NPP, should have benefited hugely from the national cake.

The Asawase legislator noted that the NPP government is gradually turning Kumasi into a village, and, therefore, called on residents in the region to let the party know that they cannot be taken for granted by voting against the NPP in the upcoming general elections.

Mr Muntaka said these at a health screening exercise organised by the ‘I am for Prof Naana Jane Association for Kayayei, Aboboya riders, Market women and driver unions’ at Asawase in the Ashanti Region on Sunday, 20 September 2020.

“Ashanti region has shown commitment to NPP but NPP has not shown gratitude.

“NPP has not shown that what the region has done, they appreciate, so, they must take their vote away to teach them that if you’re NPP government and you disregard Ashanti region, this is what is going to happen to you.

“I think when they do that, any NPP government in the future, will take Ashanti region seriously,” the lawmaker stated.