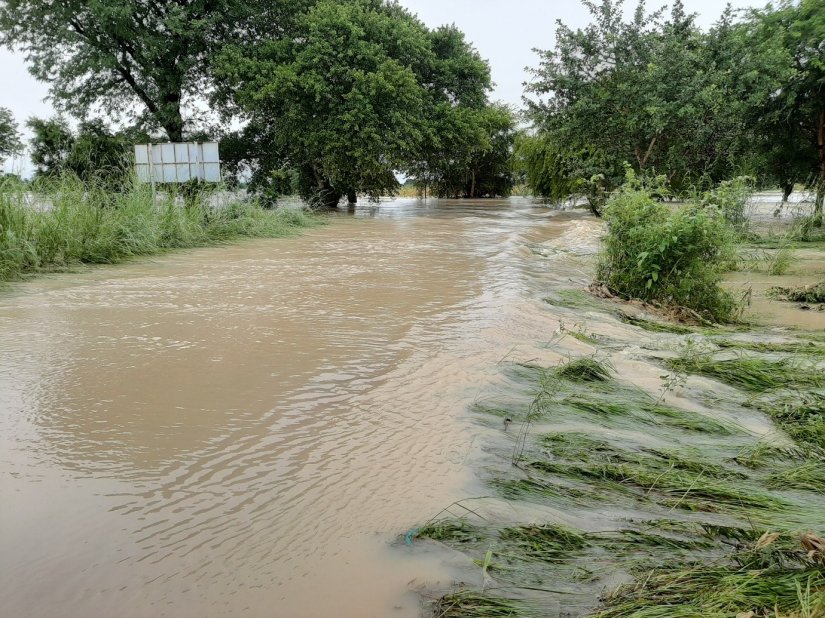 Addressing separate gatherings as part of a tour to the flood affected communities in the Upper East Region, Dr Bawunia said when the project was completed, it would harvest the volumes of water spilled from the Bagre Dam each year.

For the past few weeks, the Upper East Region and the North East Region have experienced torrential rain leading to the flooding of many areas, loss of 10 lives in both regions and destruction of properties including many hectares of farmlands and houses.

The flood which has been compounded by the spillage of the Bagre and Kompienga Dams in Burkina Faso, which passes through the White Volta, has created a large gorge near the Kobore Bridge in the Bawku West District, cutting off people from the Bawku enclave from access to Zebilla and Bolgatanga, the regional capital.

On Thursday, September 10, the flood also submerged portions of the main Bolgatanga-Tamale highway, about two kilometres from the Pwalugu Bridge, thereby preventing people from accessing Bolgatanga from North East Region.

According to, Dr Bawumia, the construction of the Pwalugu Multipurpose Dam would effectively curb the annual disaster and work had already begun on the project.

“To deal with this problem fundamentally, we have to have a flood control mechanism in the context of the Pwalugu multipurpose dam project, that is the most important antidote to all these problems and that is why we have moved and secured the Pwalugu dam project.

“This Pwalugu dam has a flood control element as well as irrigation and power generation element and this project is going be the biggest single investment in northern Ghana since Independence, it is about a billion dollars,” Dr Bawumia added.

The Vice President, who visited Kobore, where the road had been cut off and had an overview of the affected areas in Upper East and North Regions in a helicopter, also interacted with the chiefs and people of Anateem Community in the Bolgatanga Municipality where about 50 people had been displaced by the torrential rains and currently being sheltered in a primary school.

The Vice President on behalf of government donated some relief items including soap, rice, blankets, mattresses, water, cups, basins, used clothes, mats and oil among others as well as cash amount of GH¢10,000.00 to the affected victims.

Dr Bawumia as part of his two-day working visit to the region further inspected works on the reconstruction of the Tono Dam spillway channel in the Kassena-Nankana Municipal which got broken in October, 2019 after several days of heavy torrential rainfall.

Mr Sabastian Bagina, the Operations Manager, Irrigation Company of Upper Region (ICOUR) noted that the spillway was about 60 metres wide and 500 metres long and assured that the contractor would move back to site when the water receded.

Mr Bagna who explained that about 400,000 farmers directly benefit from the Tono Irrigation Project noted that “the contractor has been on the ground working to try and protect the control structure itself before any spillage and he was able to achieve that to some extent before spillage started about five days ago”.