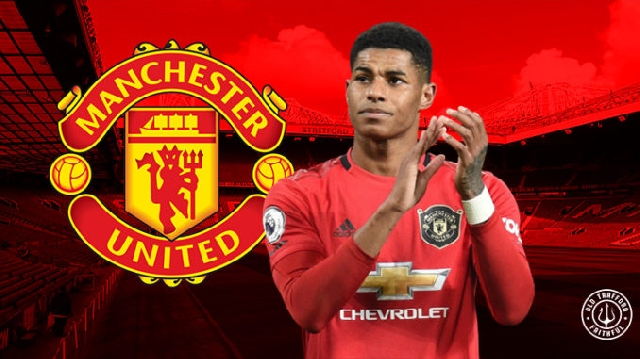 Liverpool full-back Andy Robertson says Marcus Rashford could “be the first Manchester United player to get a standing ovation” at Anfield for his free school meals campaign.

Rashford, 22, campaigned for the government to allow about 1.3 million children to claim free school meal vouchers in England’s summer holidays.

And he has continued to work to reduce child food poverty.

“What he’s done was amazing, outstanding,” Robertson told the Times.

During the coronavirus lockdown the government provided vouchers to families whose children qualify for free meals, but it had insisted this would not continue into the summer holidays.

This prompted England international Rashford to write an open letter to MPs, drawing on his own experiences of relying on free school meals and food banks growing up in Wythenshawe, Manchester. He called on the government to reverse its decision – which it did shortly after he spoke out.

“The two words that everyone’s saying [during the pandemic] are ‘Marcus Rashford’,” Scotland international Robertson added.

“He made politicians overturn the decision [not to extend free school meals] because he wanted every kid to get fed.

“Once the fans are back in, Marcus Rashford could be the first Manchester United player to get a standing ovation here. He’d definitely deserve it because thousands of families are getting fed now.”

Premier League games are being played behind closed doors because of the coronavirus pandemic.