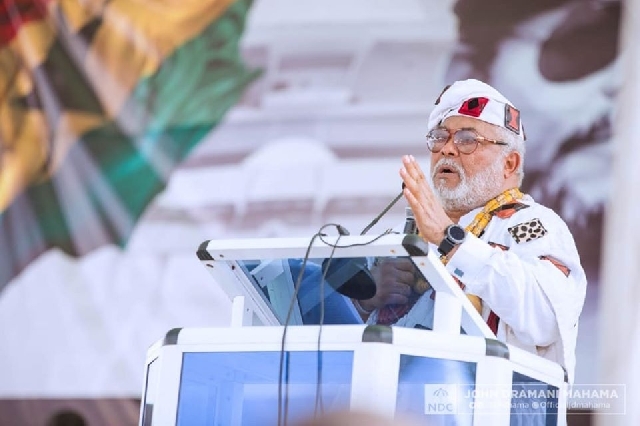 Former President Jerry John Rawlings has called for a serious investigation and arrest of all who were involved in the “cruel and barbaric lynching of a 90-year-old woman accused of being a witch, in Kafaba, near Salaga”.

The former President said he was appalled by the violence meted out to frail Akua Denteh, who was accused in an uncivilised manner of being a witch by a fetish priestess and subsequently subjected to lashes and beatings on Thursday, 23 July 2020.

In a statement issued on Sunday, 26 July 2020, the former President said all the security agencies should take the matter seriously and ensure that it is thoroughly investigated, all the assailants apprehended and prosecuted and the appropriate judicial punishment meted out to them.

“The police and other investigative agencies as well as the Attorney General’s Department must ensure that this matter is thoroughly investigated and appropriate charges and prosecution brought against the perpetrators to serve as a deterrent,” the former President stated.

Former President Rawlings said: “We are in 2020 and such brutal abuse, especially of women should not be countenanced in Ghana. We rose up in unison when George Floyd cruelly lost his life in the United States. We cannot look on and allow something more callous to happen in Ghana.”

A little more attention, Mr Rawlings stated, must be paid to domestic violence. He said too many people, especially women are being physically abused in their marriages and relationships and the strong hand of the law must be brought down hard against such culprits. While commending the Domestic Violence and Victim Support Unit of the Ghana Police Service (DOVVSU), he urged them to act more swiftly to prosecute those who abuse and terrorise their partners in marriage and other relationships.

The former President said people have become brazen in their use of violence and a lot of more effort has to be employed not only by DOVVSU, but by the prosecuting authority and the judiciary to ensure that violence is not perpetrated on any individual.

The body of the late Akua Denteh has been deposited at the Tamale Teaching Hospital Mortuary while the Savannah Regional Police work to apprehend the culprits.