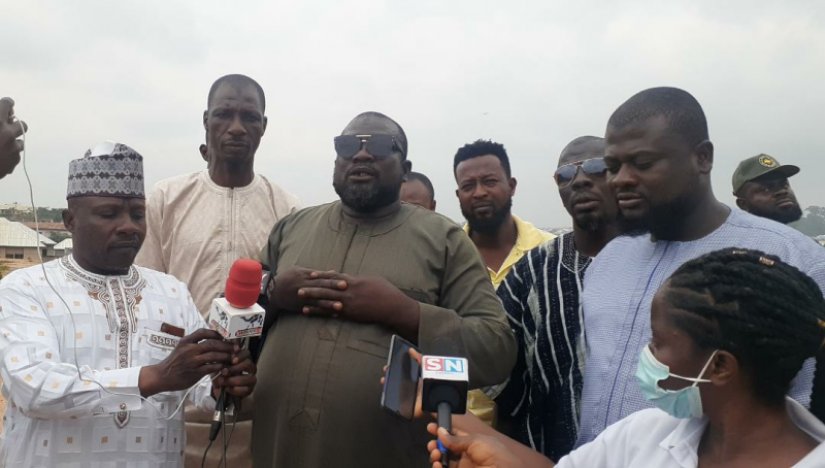 But the residents who believe they own the entire land are accusing the MP of forcefully taking away their property without any justification.

They contended that they genuinely acquired the land from the late Chief of Kenyasi and have in their possession all the necessary documents to prove their claims.

Alhaji Ibrahim Osman, Leader of the group at a press conference to register their displeasure about what they described as “the MPs determination to deny them what rightfully belongs to them”, called for the government’s intervention to settle the matter.

He said in 2012, the Kumasi Metropolitan Assembly demolished their buildings which were at various stages of completion, claiming the land had been allocated to the assembly by the same chief for the faecal plant project.

Alhaji Osman further explained that after the creation of the Asokore Mampong Municipal Assembly they sought the help of the MP and the then Chief Executive, Mr. Nuru Hamdan to assist them to reclaim their land.

Upon further consultations, according to him, the assembly agreed to give them half of the land while keeping the remaining half for government projects in 2016.

He said they later realized that the government had no right over the land and went back to the current Kenyasi chief to petition him over the injustice.

The chief, according to him, had told them that the land did not belong to the government and even challenged the assembly to provide documents covering the land.

They are therefore serving notice that they would take over the land and Mr. Muntaka who had been at the forefront of the government fight should stay away.

The MP, however, denied the allegations levelled against him when contacted by the Ghana News Agency (GNA).

He said the land was properly acquired by the government through the KMA as far back in 2000 for the Faecal Treatment Plant Project and made copies of the documents available to the GNA.

Leadership of the group, he said, approached him to assist them to reclaim the land because they had also been allocated the same land by the late chief of Kenyasi after the new assembly was carved out of the KMA.

He said he led the process until an agreement was reached between the assembly and the group that part of the land should be allocated to them.

“As I speak, the assembly’s portion has been earmarked for a Hospital and whoever encroaches does so at his or her own risk since it belongs to the assembly,” he told the