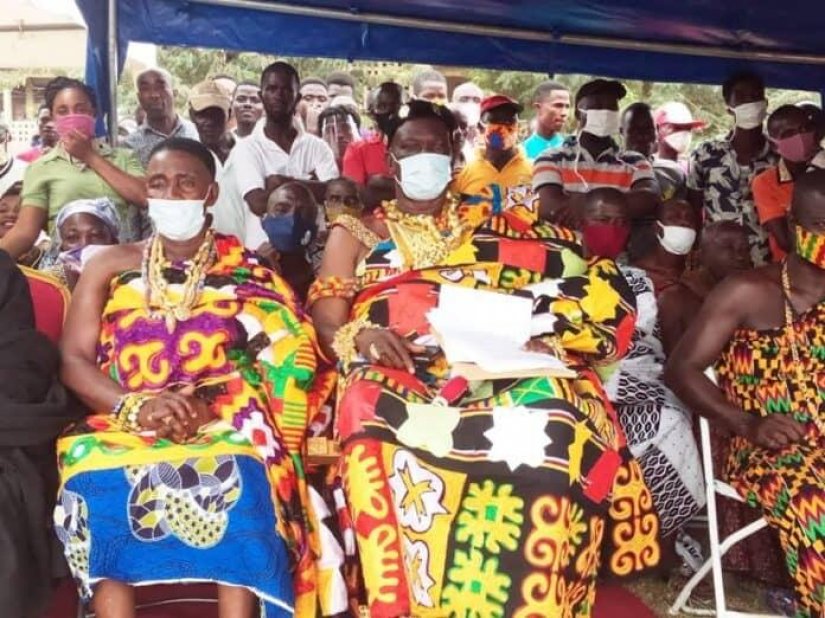 The Government would ensure efficient allocation of resources, be accountable and protect the public purse,” the President said as he urged the electorate to believe in the Party’s vision of enhancing productivity and diversifying agriculture and expanding the industrial and manufacturing sectors.

President Akufo-Addo was speaking at a durbar of the chiefs and people of Twifo-Attimorkwa in the Central Region as part of his three-day working visit to the Region.

Nana Appiah Nuamah, the Paramount Chief of Twifo Traditional Area and the Central Regional representative of the Council of State, as well as Daasebre Kwasi Kani II, Attimorkwahene, expressed gratitude to President Akufo-Addo for the massive infrastructural projects in the area.

They bestowed on President Akufo-Addo the title “Oseadeyo” to reflect his prompt fulfilment of promises made to the people in the area.

They, however, appealed to him to support more of the area’s roads and educational infrastructure to improve the standards of living of the people.

Later, the President and his entourage inspected the new 60-bed Twifo-Praso Government Hospital being constructed by Euroget De-Invest, an Egyptian capital investment company, as one of nine hospitals being constructed across the country.

The facility, which is on a 102,000-square meter land, also hosts a two double-storey staff housing unit made up of four flats each and two single units on which work was steadily progressing.

Work has also reached an advanced stage on a dining hall, kitchen, laundry and a mini market being ancillaries of the facility.

At the time of visit, artisans including electricians, tilers, painters and plumbers were busily installing service tubes, laying base materials and doing external landscaping at various points of the project.

The facility will be a one-stop modern facility for healthcare delivery in that part of the Central Region, whose people have to travel between 80 to 100 kilometres to Cape Coast to access critical health services.

Currently, the old dilapidated bridge had become a nightmare to travellers and other road users each time they crossed it.