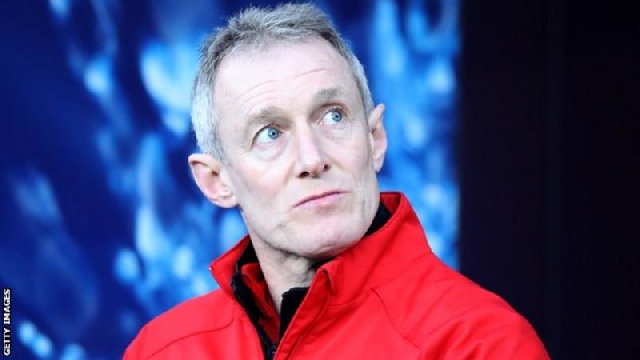 Former Wales coach Rob Howley has been named Canada assistant coach after his nine-month ban from the sport for betting breaches.

Howley, 49, was banned from rugby for 18 months – nine of them suspended – from 16 September 2019 for betting on matches, including Wales games.

He was withdrawn from Wales’ 2019 World Cup campaign as a result.

Howley will also act as a consultant to Toronto Arrows for their 2021 Major League Rugby (MLR) campaign as he helps Jones prepare the Canucks ahead of the 2023 World Cup.

“I am also looking forward to my first season in MLR with the Toronto Arrows.

“There is a tremendous opportunity to leverage the synergy of a professional club loaded with domestic players in an emerging league to help support the national team – it is very similar to my past experience coaching in Wales.”

Canada boss Jones said: “Rob is one of the most highly regarded coaches in international rugby and I’m ecstatic that he will be joining us at Rugby Canada.

“He’s someone that I’ve known and respected for a long time and the opportunity to have Rob join our programme is a huge step forward for Canadian rugby.

“His experience and expertise will benefit not only our young players but our entire coaching staff.”

In the wake of his ban from the sport after he had placed 363 bets on 1,163 matches over four years, Howley apologised for breaching betting rules as he “battled demons” in the wake of his sister’s death.

He had been due to leave his role as Wales assistant coach after the 2019 World Cup and was linked with coaching Italy before the betting breaches were revealed.

Since being eligible to return to active rugby duty, Howley was linked with returning to a coaching role with one of his former clubs, Wasps.

But Howley’s future now lies back in international rugby with Rugby Canada’s director of rugby operations Dustin Hopkins expressing his satisfaction with the former scrum-half’s appointment.

“I’d like to thank Bill Webb and the Toronto Arrows for their partnership, in conjunction with philanthropic donations from dedicated Canadian rugby supporters in aiding Rugby Canada’s ambition in bringing Rob to Canada,” said Hopkins.