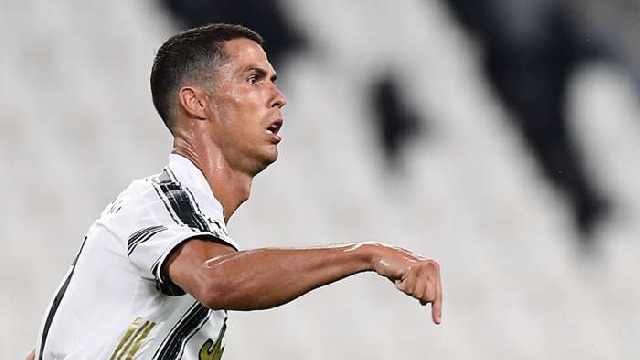 Cristiano Ronaldo may still return for Juventus in time to play against Barcelona and Lionel Messi in the Champions League.

He initially tested positive while on international duty with Portugal , and has missed two games so far. In his absence, Juve struggled to a 1-1 draw with newly-promoted Crotone and beat Dynamo Kyiv 2-0 in the Champions League .

Reports in Spain claimed Ronaldo had tested positive for coronavirus again, and so would not be able to return in time for Wednesday’s huge clash.

However, Andrea Pirlo says Juve are still waiting on the results of the latest round of tests. Ronaldo could play against Barca if he returns a negative Covid-19 test 24 hours before the game.

“As far as Cristiano Ronaldo is concerned, there has been no news. We await the results of the swabs,” Pirlo told reporters on Saturday.

“We did them this morning. He underwent the test at his home and if there is new news it will be communicated.”

Paulo Dybala should make his first Serie A appearance of the season as Juventus build up to the Barcelona game against Hellas Verona on Sunday evening.

Pirlo admitted the forward was angry to be left out against Crotone last week but, after Federico Chiesa was sent off, he didn’t feel he could bring on another forward.

“Dybala will play,” Pirlo said. “He just needed to train. He didn’t have much time to work with us and on a couple of occasions there was no way to bring him on because we had some red cards.

“In Kiev on Tuesday he was back on the pitch. Now he is recovered and well, it is right that he plays from the beginning.”

Dybala will link up with summer signing Alvaro Morata in attack. Morata scored and had another goal marginally ruled out against Crotone, before netting both goals in Kyiv.

“Was I expecting Morata to play like this? This is why we bought him. We already knew that he was a great player and with his characteristics, he can link up well with Dybala.”

Pirlo also said defensive duo Alex Sandro and Matthijs de Ligt are recovering well from their own injury issues, with Juve close to a full-strength squad. Weston McKennie has also returned after testing positive for Covid-19 .