Rugby League World Cup – Tournament ‘could be pushed back to 2022’ 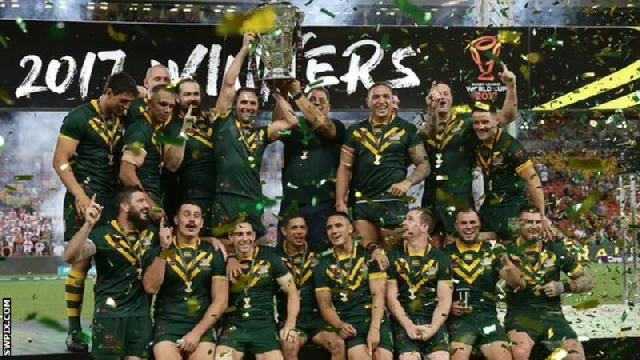 Contingency plans are in place to push back next year’s World Cup in England to 2022 should coronavirus make staging the tournament impractical.

Organisers remain confident the event – which kicks off with England versus Samoa in Newcastle next October – will go ahead as scheduled.

Ongoing uncertainty around Covid-19 has already seen events such as the Tokyo Olympics moved from 2020 to 2021.

He told the BBC’s Super League Show: “There are different options available to us and one of those, of course, is to postpone and push the tournament back.

“But we have to realise it’s 13 months away – if we think of what’s happened over the last three or four months the world has been turned upside down, so time is on our side.”

Arsenal’s Emirates Stadium and Middlesbrough’s Riverside Stadium are among the venues selected, alongside more familiar rugby league grounds such as Elland Road in Leeds, Hull’s KCOM Stadium and the John Smith’s Stadium in Huddersfield.

Tickets will be on sale from the 21 September for fans who have already signed up to the competition’s database, with general sale to be opened at a later date.

“We’ve had a really positive reaction,” Dutton added. “We shouldn’t forget we’re staging three tournaments together for the first time.

“It’s 61 games across 21 venues across five weeks, and it’s going to be a feast of rugby league.”